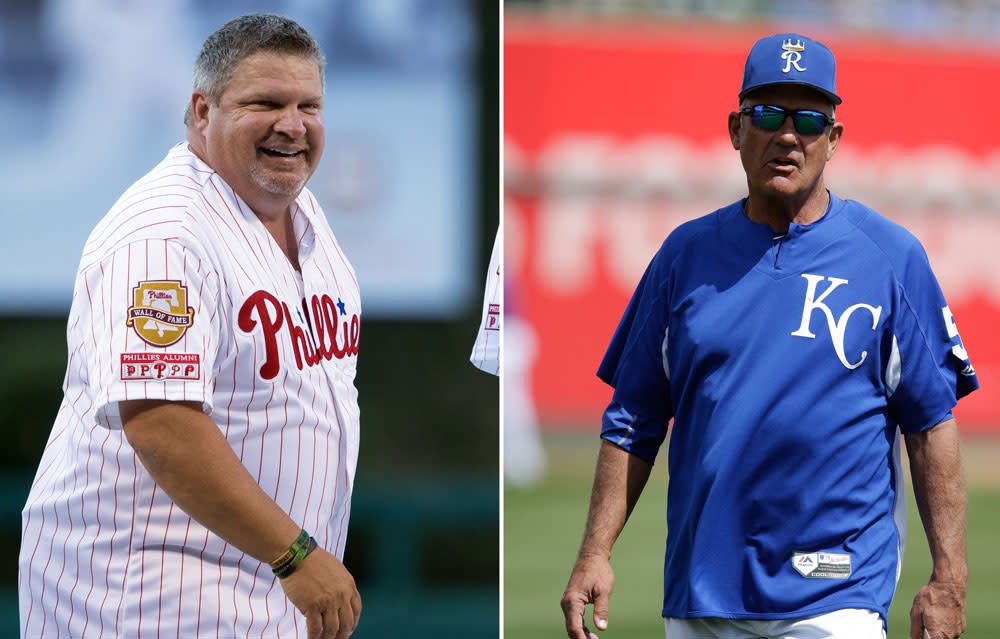 Two of the most entertaining former Philly athletes to listen to in their post-playing days sat down for a podcast this week and the resulting 45-minutes or so do not disappoint.

Phillies legend John Kruk joined Super Bowl champion Chris Long on his Green Light podcast (language NSFW) to talk all things related to MLB restarting during a pandemic – Kruk likes pitchers having to face three batters, doesn’t care for the DH – but of course they mixed in some classic Kruk tales.

All-time baseball great George Brett came up in the conversation for … curious reasons (you just have to listen to get the full context).

«George Brett and my dad are buddies,» Long said. «I had no idea, I had a little signed baseball from him, I thought he was the nicest guy in the world. Apparently, he just [pooped his pants] all the time. What’s up with that?»

«Maybe he was just really proud of his bowel movements,» Kruk joked. «I love George.»

Pretty weird! But then Kruk tells a hilarious story about the Royals’ legend.

I got this buddy in Kansas City that does ribs. So every time I come to Kansas City he brings me ribs, in the booth or wherever. He said, ‘Hey next year when you come, I’m not going to be in town but I’ll have my guy George bring you some stuff.’ So I’m texting this guy George for almost a year. So we go back to Kansas City the next year, and I get a text. ‘Hey, I’ll be up, I got some ribs for you. We also caught some salmon we smoked for you, we made a dip out of it, I’ll bring you some crackers, etc.’ I said, ‘Shoot, that’s great.’ I asked him if he needed credentials to get in the announcers booth. He said, «Nah, I think I’m good.’ I was texting George Fricking Brett for a year and didn’t know it. Now every time he texts me, he says, ‘This is George, Mitch’s [the rib guy] partner.’

It’s good to be John Kruk and have Hall of Famer’s as your rib connect.

Long also asked Kruk his thoughts on the unwritten rules in baseball and how his opinion may have changed from his playing days to now.

«I hated it when I played,» Kruk said. «But I came up in an era when you had Nolan Ryan and Pedro Martinez, guys who weren’t afraid to throw at your head when you did something stupid. But I started talking to more pitchers the last few years – I was always against the pimping a home run – the pitchers are like, ‘if he hits it good, I don’t really care.’ So I started thinking if the pitchers don’t care, why should I? Some of them are pretty comical, the bat flips and the whole deal. The only thing I don’t like is if a guy hits a home run and he wings his bat over towards the other team’s dugout. If he just stands there and watches it, flips the bat, I could give a rats’ ass anymore.»

They finish off with a lightning round of questions where Kruk admits back in the day, he could probably polish off 30+ beers in one sitting. That is a lot.

You can listen to the whole thing here.