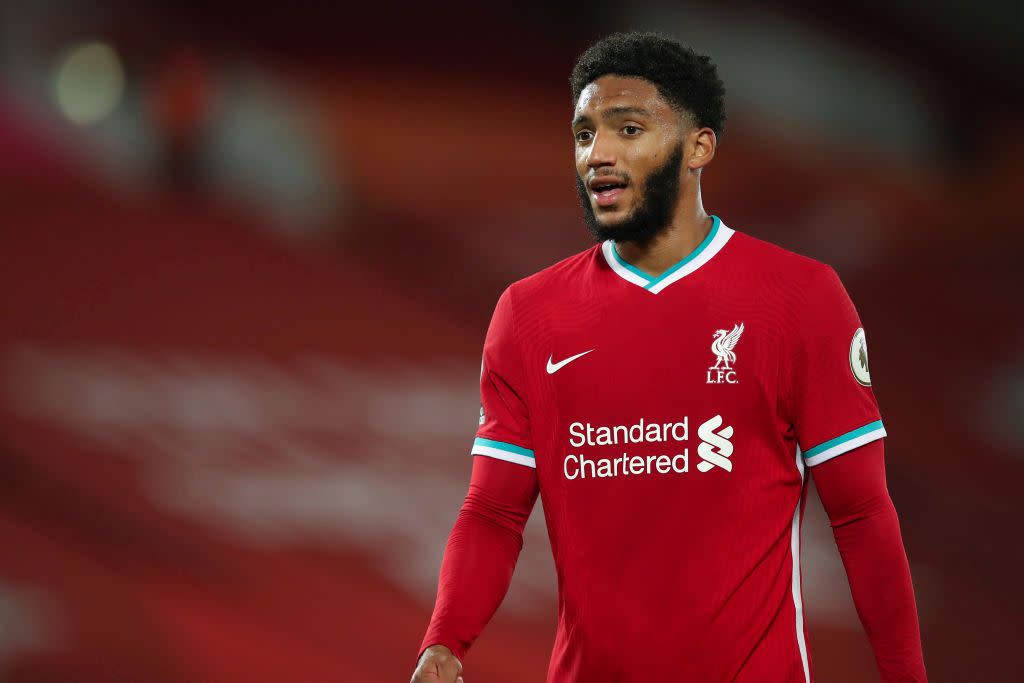 Joe Gomez is the latest Liverpool center back to go down with an injury, as the young defender has been injured while on duty with the England national team.

Gomez, 23, suffered the knee injury in training on Wednesday ahead of England’s friendly against the Republic of Ireland on Thursday. Gareth Southgate and England announced that Gomez returned to Liverpool.

Liverpool released a statement saying that Gomez had suffered damage to his left knee tendon and although there was no damage to his ligaments, he is expected to miss a large chunk of the 2020-21 season.

“The issue was isolated to Gomez’s tendon, with no damage to any other associated knee ligaments. The operation to correct the damage was a success and the 23-year-old will make a full recovery. Gomez will begin a rehabilitation programme with the Reds’ medical team immediately, with club staff carefully monitoring his progress. No timescale is being placed upon his return, though the issue is likely to rule him out for a significant part of the remainder of 2020-21.”

This is another massive injury headache for Jurgen Klopp.

The Liverpool manager is already irate with the authorities in the UK as he’s called for the Premier League to bring back the five substitute rule as he already lost star right back Trent Alexander-Arnold to injury before the break as he injured his calf against Manchester City.

Another key defensive injury for Liverpool?

With Virgil van Dijk out for the season after suffering a serious ACL injury, plus Joel Matip just returning to fitness and makeshift center back Fabinho also out, Gomez was the main man at center back for Liverpool.

Youngsters Nat Phillips and Rhys Williams stepped in to play alongside Gomez in recent weeks before Matip returned and Klopp is now starring at being without three of his usual back four for a pivotal chunk of the Premier League season.

“It is in all other countries it happens but here, you make a bit more fun of the competition by having only three subs. We have to talk again,” Klopp said about the five substitute rule. “That’s why I said it is a lack of leadership from Richard Masters because they sold it completely wrong, in my understanding. Going there and saying ‘what do you think? What do you want and what do you want?’ and then we have this situation. It is the only big league which has only three subs. Surprise.”

For Liverpool, losing Gomez will further impact an already stretched defense and they’ve done well to keep their Premier League title bid on track so far this season. Liverpool will now have to seriously think about signing a center back in the January window.

Klopp will not be happy with this

Joe Gomez joining Virgil van Dijk, Trent Alexander-Arnold and Fabinho in the treatment room is something Klopp will not be happy about, at all, and will strengthen his concerns about players being pushed to the limits with games squeezed in for club and country in multiple competitions.

Of course, it’s tough to say that the injury to Virgil van Dijk was caused by playing too many games or not having five substitutes available, but there are growing concerns that players are suffering muscles injuries due to fatigue.

Premier League stars had an intense period of games in June and July to wrap up the 2019-20 season, then had a few weeks off before starting a condensed 2020-21 campaign as huge demands were placed on them both at club and international level.