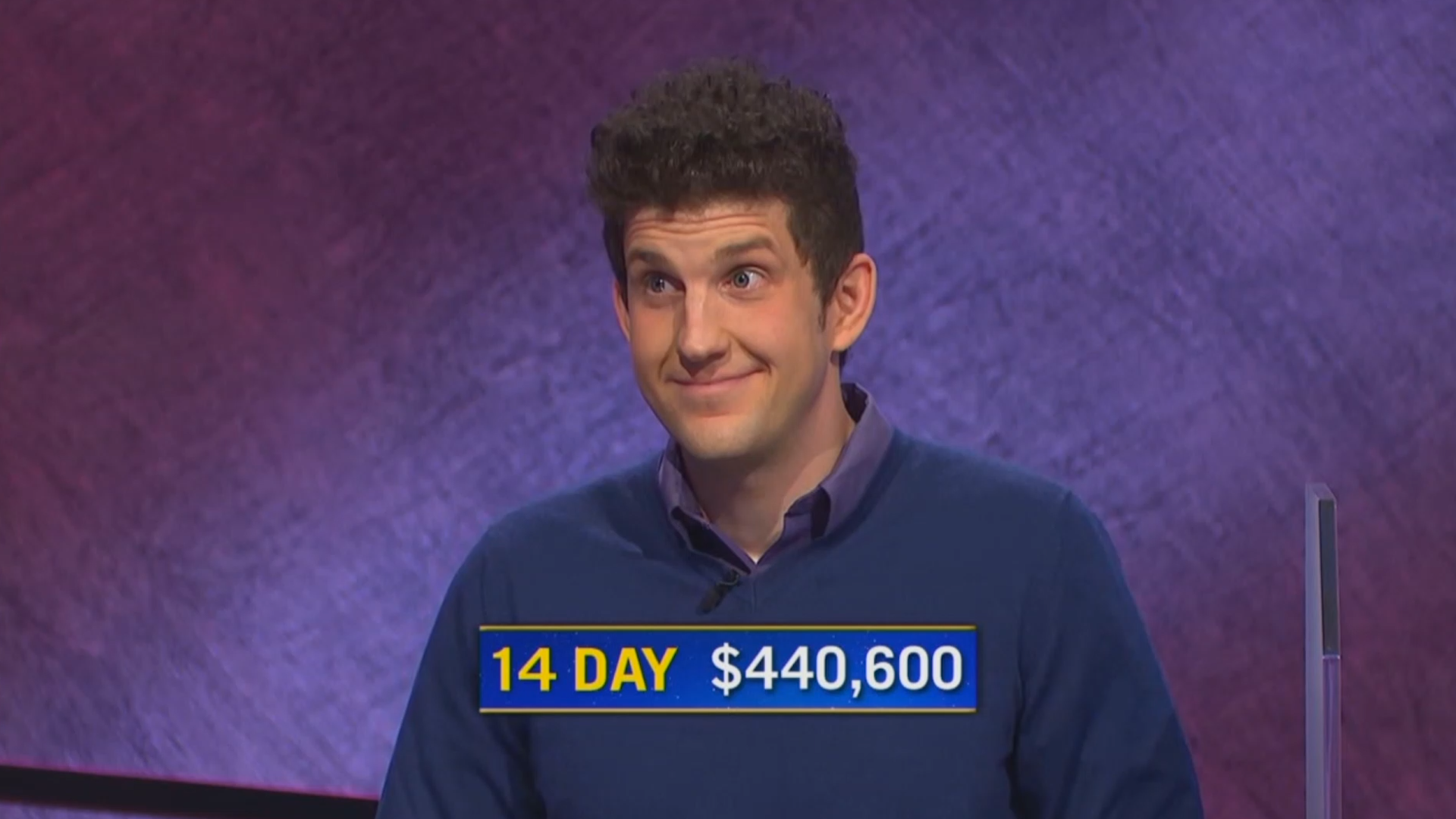 Sportscaster Joe Buck began his weeklong stint as guest host on Jeopardy! Monday, and it seems rather fitting since he no doubt knows a thing or two about record books. And that’s because the show’s current champion, Matt Amodio, is seemingly rewriting the Jeopardy! record books every week.

On Monday’s episode, the Ph.D. student from Ohio became the fourth-highest regular season earner in the show’s history, amassing a 14-day total of $440,600. He overtook Julie Collins ($428,100) last week for number five on the list, and this time it was David Madden ($430,400) that Amodio surpassed for number four.

Of course next up for Amodio is third place held by Jason Zuffranieri and his total earnings of $532,496, a difference of $91,896. And while Amodio has shown he can win pretty big money in a single day, he’s also shown that he’s not afraid to lose big bucks when it comes to betting with a big lead during Final Jeopardy. On Monday for instance, he wagerd and lost $34,000 with a wrong answer.

Fantasy hockey: Which sophomore players will thrive in Year 2?

Week 3 Fantasy Preview: The Justin Fields era is about to begin