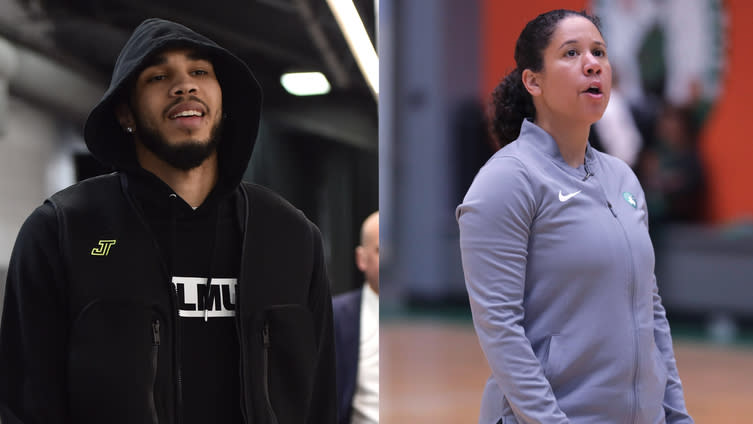 The Duke women’s basketball team announced Saturday it has named Lawson its new head coach, meaning she’ll leave her role as a Boston Celtics assistant coach after this season to join the Blue Devils.

The Celtics will be sad to see Lawson go after her lone season as the first female assistant coach in franchise history. But Tatum, who starred at Duke before coming to Boston, approves of her next gig.

From one Tatum «family» to another.

Lawson technically leaves behind two Duke alumni, as Celtics forward Semi Ojeleye played two seasons for the Blue Devils from 2013 to 2015 before transferring to SMU.

Tatum is a proud supporter of his alma mater — where he spent just one season in 2016-17 before the Celtics drafted him No. 3 overall — so his excitement for Lawson is understandable.

Tatum also will be hoping Lawson can help the Blue Devils back on track after they failed to reach the NCAA Tournament last season for just the second time in 25 years.