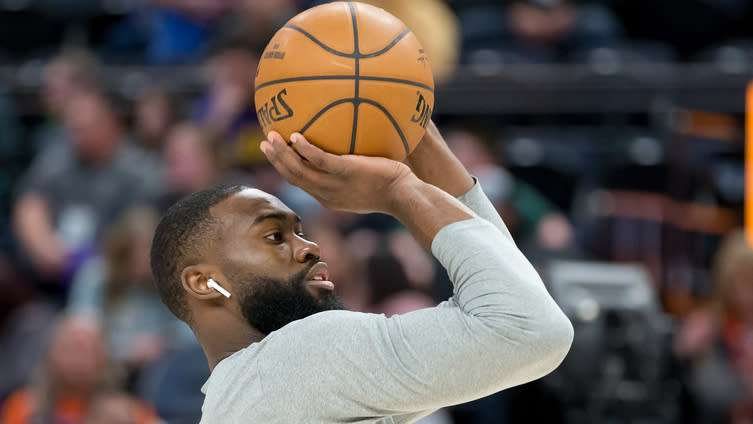 It appears that plan is working.

The Celtics held their second practice as a team Saturday since entering the NBA «bubble» at Disney’s Wide World of Sports in Orlando, and according to the team’s social media, Brown was the star of the show.

Here’s a terrific 40-second clip of the Celtics wing sinking not one but two half-court shots before celebrating with what we’ll call a cartwheel:

Brown gleefully said, «I got my money» after hitting the first shot, but his opponent — our guess is that’s point guard Kemba Walker — matched him, leading the 23-year-old to knock down another shot and send his teammates into a frenzy.

Who said there’s no fun in the bubble?

The NBA’s Twitter account posted another angle of one of Brown’s makes in addition to footage of big men Tacko Fall and Enes Kanter getting their work in.

The Celtics have two weeks to shake off the rust before their restarted 2019-20 season begins with a July 31 matchup against the Milwaukee Bucks.

Boston currently is the No. 3 seed in the Eastern Conference, but some believe the C’s have a legitimate shot to contend for an NBA title this summer.

If that’s the case, the Celtics will need Brown — who was averaging a career-high 20.4 points and 6.4 rebounds before the season was paused — to display more of the talent he flashed Saturday on the practice court.