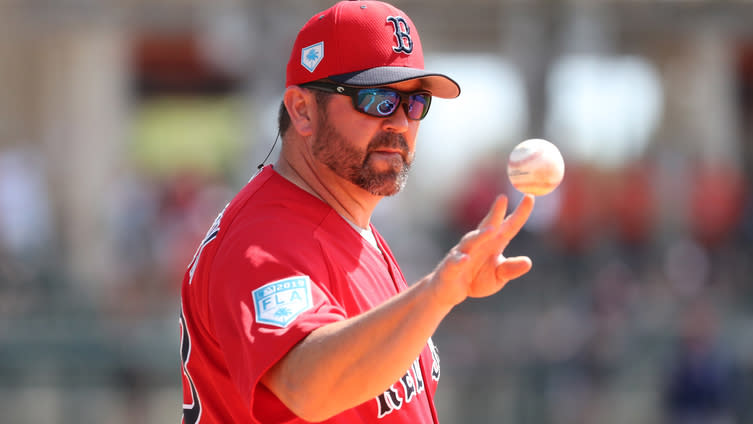 Jason Varitek may have found a new calling in calling batters out.

The former Red Sox catcher, whose official title with Boston is «Special Assistant/Catching Coach,» moonlighted as the home-plate umpire in the team’s intrasquad scrimmage Thursday at Fenway Park.

But Varitek didn’t just half-heartedly call balls and strikeouts. Nope, he was committed to the bit, dressing up in full umpire attire to stand behind the plate.

Oh, and his strikeout call was a thing of beauty:

Leslie Nielsen would be proud.

Varitek didn’t go all-out for all of his strikeout calls, but he didn’t hesitate to punch out Red Sox stars like J.D. Martinez.

Varitek got to know major league umpires very well during his 15-year playing career in Boston, so if anyone on the Red Sox’ staff is qualified for this job, it’s him.

Thursday marked the Sox’ first simulated game action since they opened Training Camp at the beginning of the month. They’re set to begin the shortened 2020 season July 24 with a home series against the Baltimore Orioles.