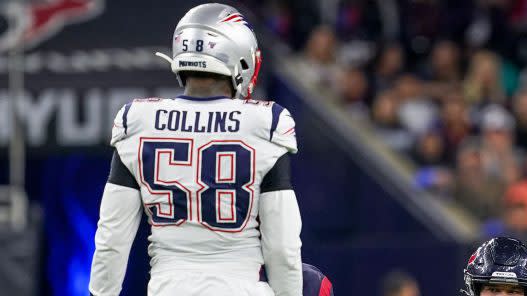 He likes it in New England.

“I couldn’t stop smiling. Even just meeting everybody, and the new guys were looking like, ‘Who is this? Who is this? Who him? Who him?’ It was just super cool, man,” Collins said of his return to the Patriots’ locker room, via the Boston Herald. “Like I said, just coming back in here and just knowing I can go out with these guys again for the third time.”

Bill Belichick was noncommittal about whether Collins will play on Sunday against the Texans, but Collins made clear that he wants to be on the field with his new (old) team.

Belichick has shown that he doesn’t want to pay Collins big money, and that’s why the Patriots have let him walk in free agency twice. But Belichick does want Collins at the right price, and now he has him a third time.