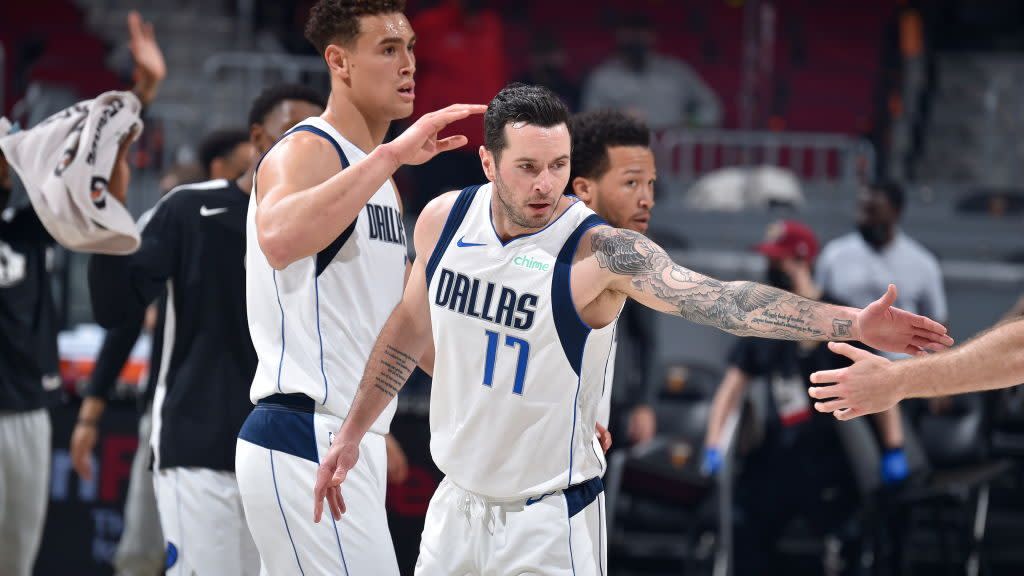 J.J. Redick wasn’t happy about getting traded to the Mavericks last season. He decided not to sign with a team last offseason then ultimately retired.

But ending last season in Dallas could have worked out very well for him.

About a week before free agency, my agent and I are talking, and I said to him, “I’m not ready to commit to anything right now.” There were, whatever, teams were gauging interest. And I said I’m not ready to commit to anything. So, on August 2nd, please just tell them I’ll talk to them later in the fall or early winter. And he called me the next day, and he said, “Dallas has your rights, basically. There’s a team that may do a sign-and-trade with them. If that’s the case, they’ve got to use you and your salary to make it work. You could make about 16 million.” And I was like, “Alright, I’ll play another year.”

A sign-and-trade could have been useful in acquiring Collins or Markkanen, who were both restricted free agents. Even an unrestricted free agent coming via sign-and-trade rather than cap space could have helped Dallas. That would’ve allowed the Mavericks to still re-sign Tim Hardaway Jr. through Bird Rights and use the mid-level exception (ultimately used on Reggie Bullock).

Signed-and-traded players must sign a contract for at least three years with the first season fully guaranteed. It’s unclear whether Redick would’ve gotten $16 million in guaranteed salary this season or “just” $5 million-$6 million in the first year of a three-year, $16 million contract. Dallas had other already-contract players who could’ve been put in a sign-and-trade for an expensive player, though Redick certainly makes it sound like he would’ve pocketed $16 million.

That would have been a nice windfall for Redick. The team acquiring him primarily for salary-cap reasons might have just waived him and allowed him to retire – with the extra money – anyway. Even if that team wanted the shooting guard on its roster, he would’ve earned substantially more than the minimum salary ($2,564,753) he likely would’ve commanded in free agency.

Alas, the sign-and-trade never happened, and Redick returned to pointing the finger at the team he begrudged for sending him to the Mavericks in the first place.

More on the Mavericks