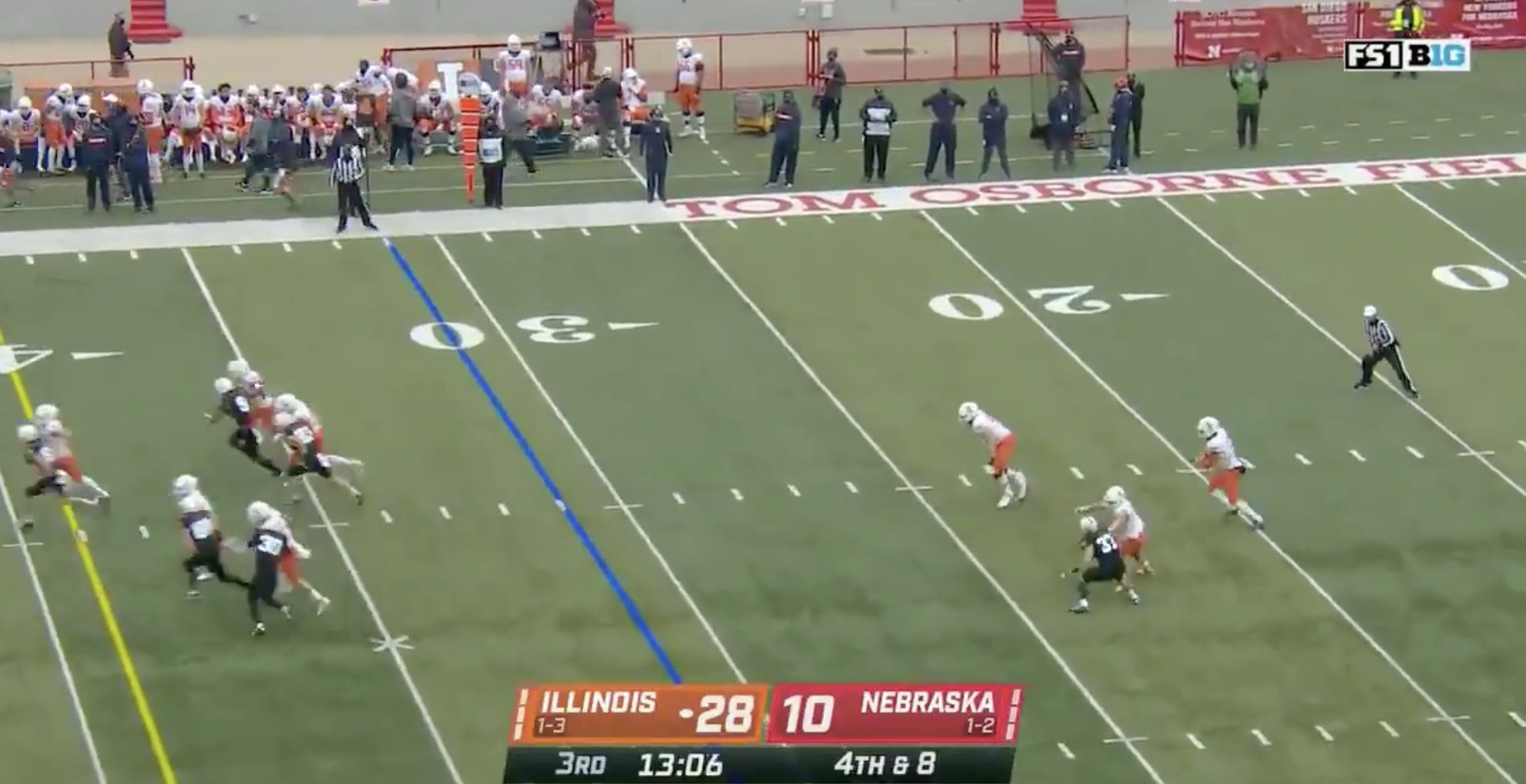 Blake Hayes is a man who clearly doesn’t carry the football all that often.

The Illinois punter pulled off the funniest fake punt of the season on Saturday in the second half of his team’s game against the Cornhuskers. The fake clearly called for Hayes to wait to see what the Nebraska punt return team did. And once he saw that most of the players had retreated to set up the punt return it was his time to shine.

And shine he did. Look at this man’s moves. And his indecision. We’re choosing to believe that indecision was by design. You can’t tackle a punter who doesn’t know where he’s going in the first place!

You can practically hear the voices in Hayes’ head screaming conflicting directions at him. Should he have gone right? No. He went left. Hayes could have easily gotten the first down either way, so going left wasn’t a bad decision even though he might have been able to get more yards going right.

Anyway, keep watching that GIF above on a loop and try to stop laughing. It’s impossible. Thank you for providing us some joy on this Saturday, Blake.