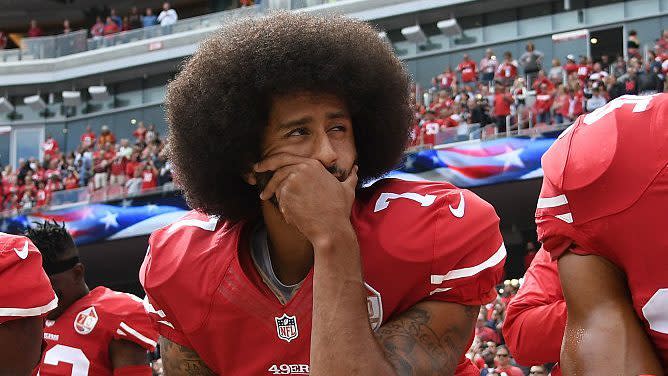 Earlier this week, Mike Silver of NFL Network said that multiple teams have interest in quarterback Colin Kaepernick. That may be the case; however, no one has reached out to Kaepernick’s camp to gather information or to do anything to suggest that interest exists.

It’s also possible that if there’s interest it ultimately won’t be acted upon, if by late July the effort to agitate for Kaepernick’s return to the NFL has subsided.

It hasn’t happened yet.

If teams are interested in Colin Kaepernick, they’re not expressing it to him originally appeared on Pro Football Talk