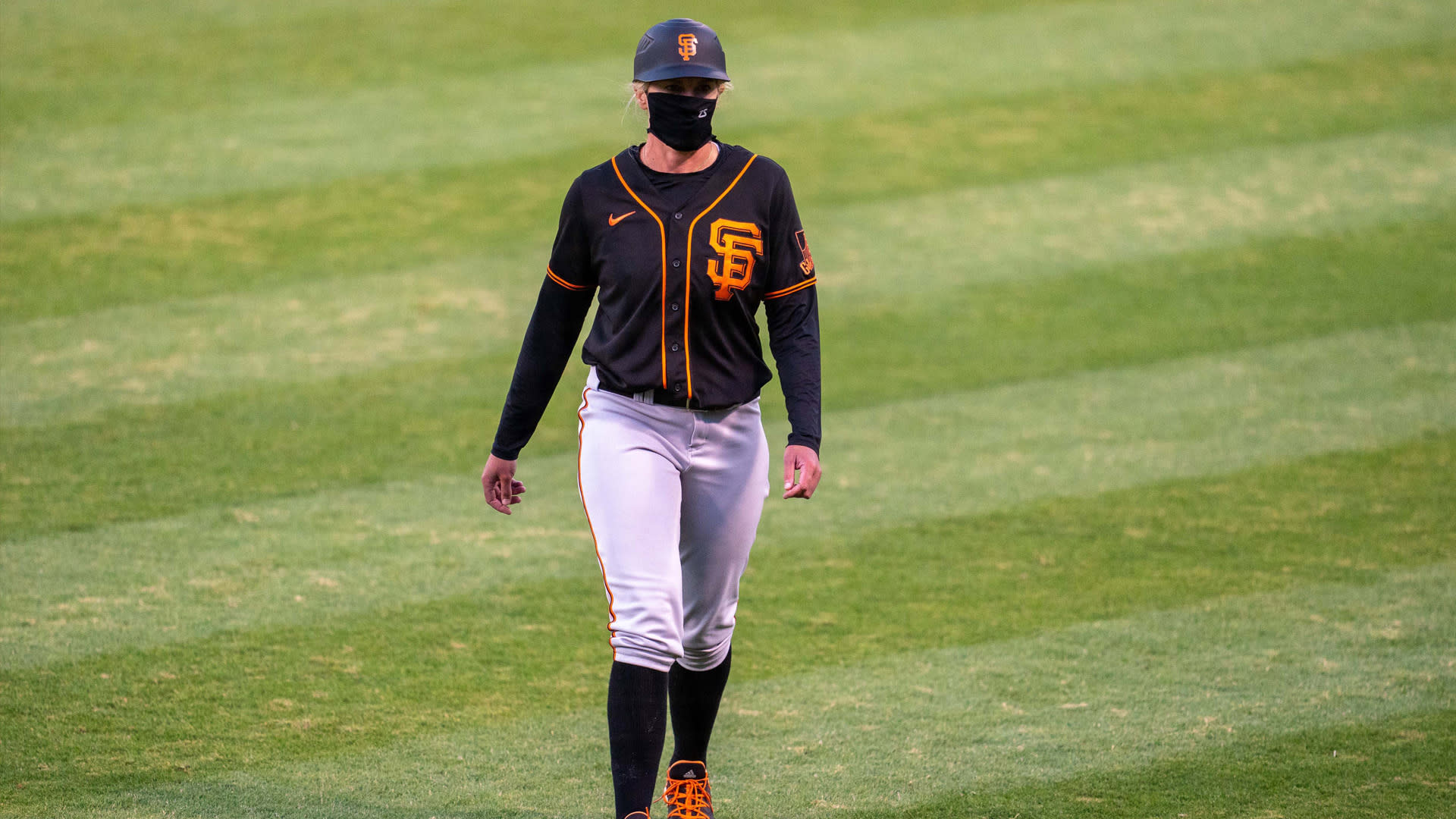 History was made Monday night at Oakland Coliseum.

Late in the Giants’ 6-2 exhibition win over the A’s, manager Gabe Kapler allowed assistant coach Alyssa Nakken to break an MLB barrier and coach first base. In doing so, Nakken became the first woman to coach in an on-field capacity at the big league level.

Nakken became the first female coach in MLB history when the Giants hired her this offseason.

Social media was buzzing after Nakken put her name in the record books, and Giants outfielder Hunter Pence joined in to congratulate her on being an MLB pioneer.

«We just see Alyssa as an especially effective coach, period,» Kapler said earlier this month. «At this point, she’s so ingrained in our culture and so ingrained as a member of our coaching staff that she’s just going around making players and staff members better. That’s how I see it when I see her out on the field.»

[RELATED: What you might have missed from Giants’ 6-2 win over A’s]

The start of the Giants-A’s exhibition also was a historic moment, as Kapler became the first MLB manager to kneel during the national anthem to protest racial injustices and police brutality in America.

Mike Yastrzemski, Jaylin Davis, Austin Slater and Antoan Richardson were among those who also knelt with Kapler.

After an extended offseason due to the coronavirus pandemic, Bay Area baseball had a memorable return Monday. The Giants and A’s will play another exhibition game Tuesday before preparing to start their regular seasons at the end of the week.