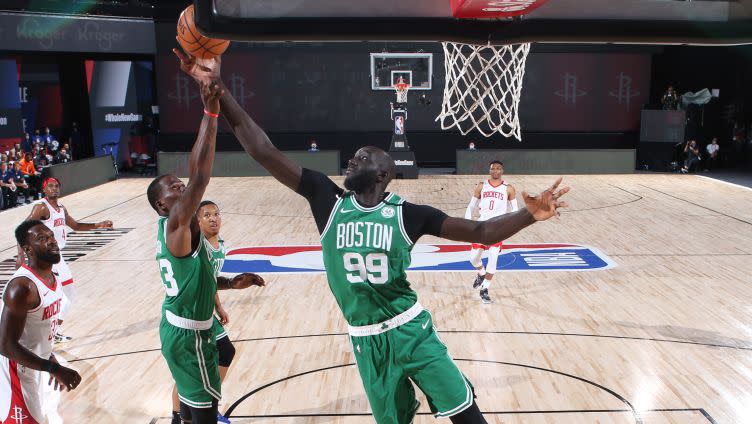 Fall entered the action late in the first quarter and picked up three quick fouls. He remained in the game and started to make his presence felt at both ends of the floor to start the second quarter.

He scored his first basket off a good entry pass from Celtics rookie Grant Williams. Fall, at 7-foot-6, is the tallest player in the league, and Rockets forward Jeff Green was powerless to stop the C’s center on this play.

The Fall vs. Green matchup returned in the fourth quarter, where the C’s center again got the better of the Rockets forward, this time with a nice block.

Fall finished with six points (3-for-6 shooting), six rebounds and one block in nine minutes during the Celtics’ 137-112 loss.

He was one of several rookies to see extended playing time in Boston’s final scrimmage before the team’s first seeding game Friday night versus the Milwaukee Bucks.