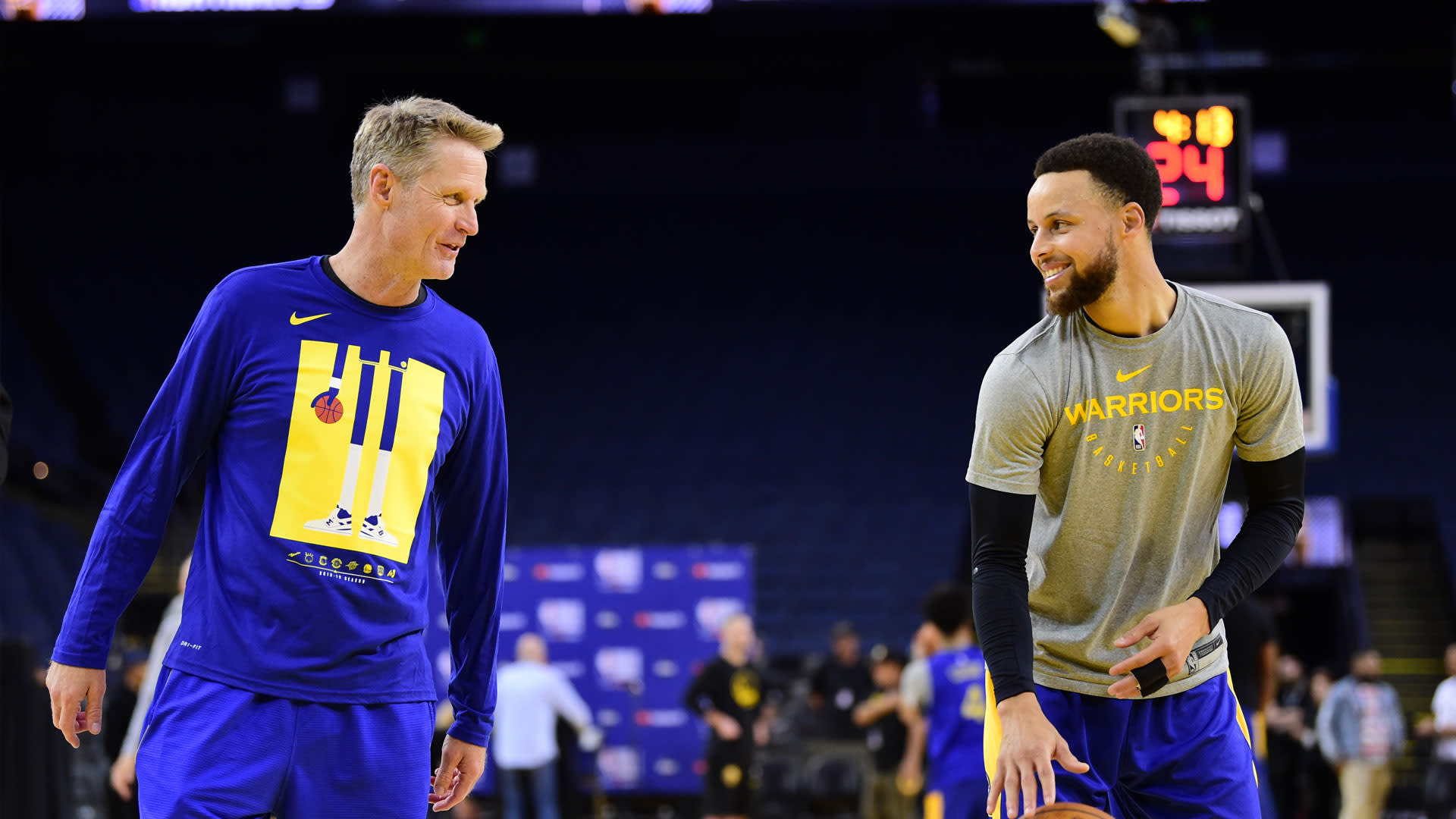 How lucky are we? We get to watch Steph Curry‘s greatness over the last decade or so.

Warriors head coach Steve Kerr gets to witness firsthand what Curry can do on and off the court. And believe it or not, some of that off the court stuff could be what sets him apart from the rest of them. Kerr noticed that from the beginning.

Kerr stopped by 95.7 The Game recently as they discussed the best Bay Area athletes of all time in the Bay Area. Kerr explained that during the draft, the makeup is just as important as anything else, and Steph’s personality was a «franchise changer» from the beginning.

«He was a guy who you could build the whole thing around,» Kerr said. «Not just because of how well he played and the style of play, but just because of the human being and what a powerful force he was in the locker room and the community and the organization, what he stood for — all of those things.»

Host Damon Bruce has Curry as the No. 1 G.O.A.T citing how Curry has changed the game on all levels and in every country the game of basketball has been played.

Sure, Steph is arguably one of the best shooters the game has ever seen, but who he is as a person can’t be duplicated. Whatever he did, he made Kerr change the way he saw shooting.

«He changed my understanding of what was a good shot, and what was not,» Kerr said. «Like I said about feeling old, the first couple of months I coached Steph, half the shots he took, I could hear my old coaches’ voices ringing in my head saying ‘That’s a bad shot.'»

«There’s a semi-famous clip of Steph dribbling through the entire Clipper defense and then shooting a fadeaway, 28-footer. They showed me on the sidelines putting my hands on my head.»

Yep, Steph can do it all and remains an amazing human being in the process.