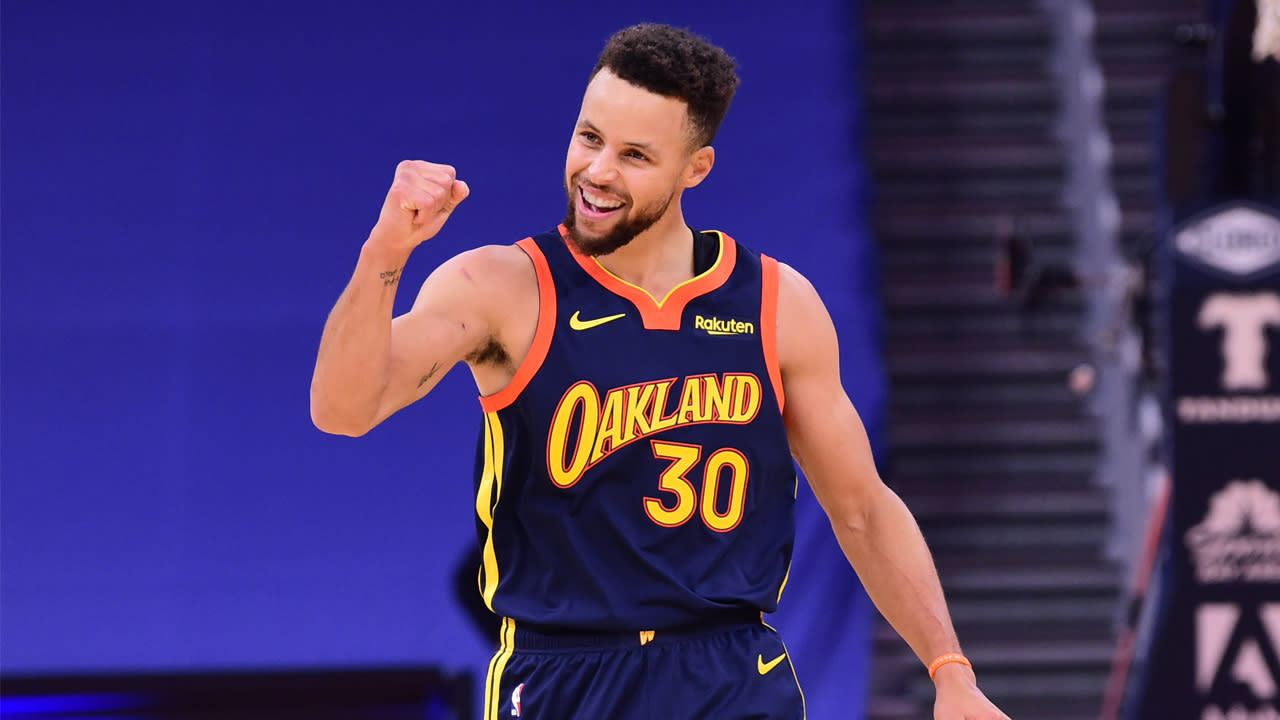 One of the things that makes Steph Curry so unique is his ability to thrive both on and off the ball.

This doesn’t happen by accident.

The three-time NBA champion’s work ethic is unmatched, and his conditioning level is off the charts.

But it goes beyond cardiovascular shape.

«Curry’s second wind comes from his ability to rapidly lower his heart rate during short breaks, even in the middle of games,» ESPN’s David Fleming writes. «It’s something he trains his body to do.

«Once he’s out of breath at the end of most workouts, Curry lies on his back, and [personal trainer Brandon] Payne places sandbag weights below his rib cage in order to overload, and train, Curry’s diaphragm.

«Through conditioning and breathing techniques like this, Curry can often coax his heart rate below 80 during one 90-second timeout.»

Hey, you don’t become the only unanimous MVP in NBA history through luck.

RELATED: Oubre describes the ‘art’ of his amazing tip-dunk ability

And he just might elevate his game to a whole another level.

«He’s still refining movement patterns, and all athletes develop at different speeds … not only is his skill level evolving continually, but is body still is developing. And that is a rare thing for a guy at 32 in the NBA.

«He’s got a lot left. That’s not just me saying that because I’m his friend and his trainer. That’s me being honest.»