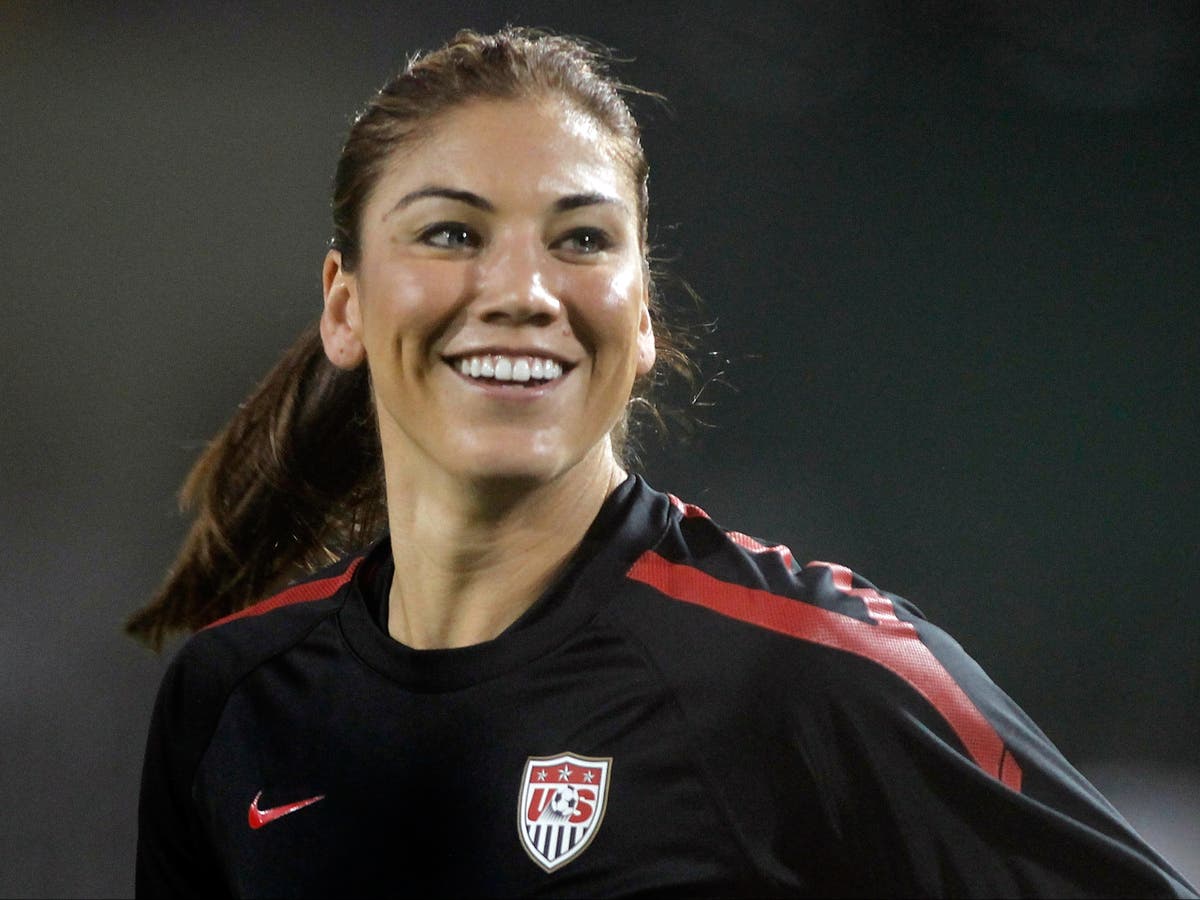 Ex-US Women’s National Team (USWNT) goalkeeper Hope Solo has provoked a row with her former international teammate Megan Rapinoe by criticising her for “almost” bullying players into taking the knee during the national anthem before matches to protest racial injustice and prejudice.

Speaking during an appearance on Goal’s All of Us show, Solo was asked about the expression of dissent, first conceived by NFL quarterback Colin Kaepernick in sympathy with the Black Lives Matter movement and since adopted by athletes in Europe and at the Tokyo Olympics.

“Right now what I’ve seen is there’s been so much debate about the kneeling, about the not kneeling. I know most people stand against discrimination,” she answered. “And I live in the south, I live in a very conservative area here in North Carolina in the south. Obviously I have friends on both sides of the aisle, but I think the kneeling thing can be very divisive.”

“It’s tough,” Solo continued. “I’ve seen Megan Rapinoe almost bully players into kneeling because she really wants to stand up for something in her particular way. But it’s our right as Americans to do it whatever way we’re comfortable with and I think that’s really hard being on the main stage right now with so many political issues for athletes. There’s a lot of pressure and ultimately at the end of the day our number one focus should and has always been to win first.”

There was disagreement visible within the US camp during their disappointing bronze medal run in Tokyo when star forward Carli Lloyd declined to take part in the kneeling and stayed standing, announcing her retirement from the game shortly after (at 39, this was widely expected anyway).

Rapinoe, likewise close to the end of her own playing career, is an outspoken activist and has also used her fame to express support for LGBT+ rights and equal pay for women.

She caused a major political stir back home during 2019 Women’s World Cup in France when she was filmed declaring “I’m not going to the f***ing White House” in the event that her side won the trophy, expressing her disdain for the divisive policies of then-president Donald Trump and advising her teammates to “think hard” before accepting any honours from his administration.

When USWNT did indeed win the cup with a 2-0 victory over the Netherlands in the final, Rapinoe did visit Washington, DC, after all – but only as a guest of Democratic lawmakers Nancy Pelosi, Chuck Schumer, Alexandria Ocasio-Cortez and Ayanna Pressley, a calculated snub to the blustering Republican commander-in-chief.

Trump never got over the slight and was still haranguing “the woman with the purple hair” as recently as last month, deriding her side as “lefist maniacs” and “wokesters” on right-wing cable news channels as he jeered their opening 3-0 defeat to Sweden in Japan.

Solo has also previously been critical of Rapinoe over the fight for equal pay, telling BeIN Sports: “We were so close to achieving equal pay in 2016; it was offered to us, we were about to sign the contract with the Equal Employment Opportunity Commission. But Megan Rapinoe and the leaders of that team signed a less-than-equal CBA [collective bargaining agreement], which is concerning for the overall class-action suit and the overall fight.”

Solo herself – now 40 and retired – is a legend of the women’s game, playing 202 times for USWNT, holding the national clean sheets record and winning Olympic gold at the Beijing 2008 and London 2012 Games and the Women’s World Cup in 2015.

She was born in Richland, Washington, on 30 July 1981 and played for the Washington Huskies at college level after completing high school before turning pro at the Philadelphia Charge.

Her burgeoning career then took her to Europe in 2004 where she played for Kopparbergs/Goteborg in Sweden and Olympique Lyon in France before returning to the States with Saint Louis Athletica in 2009.

Spells with Atlanta Beat, magicJack and Seattle Sounders followed (where she played alongside Rapinoe and fellow superstar Alex Morgan) before she really found consistency at club level with Seattle Reign between 2013 and 2016.

Away from the pitch, she is married to American football star Jerram Stevens, gave birth to twins last March, has written a best-selling memoir, competed on Dancing with the Stars, worked as a pundit for the BBC and appeared on numerous sports magazines covers.

No stranger to controversy – Solo was arrested following a domestic dispute in 2014 – she has always been honest about her failings, telling The New York Times in 2015: “I could not be the player I am without being the person I am, even when I haven’t made the best choices or said the right things. My entire career, I have only wanted the best for this team, for the players and the women’s game and I will continue to pursue these causes with the same unrelenting passion with which I play the game.”