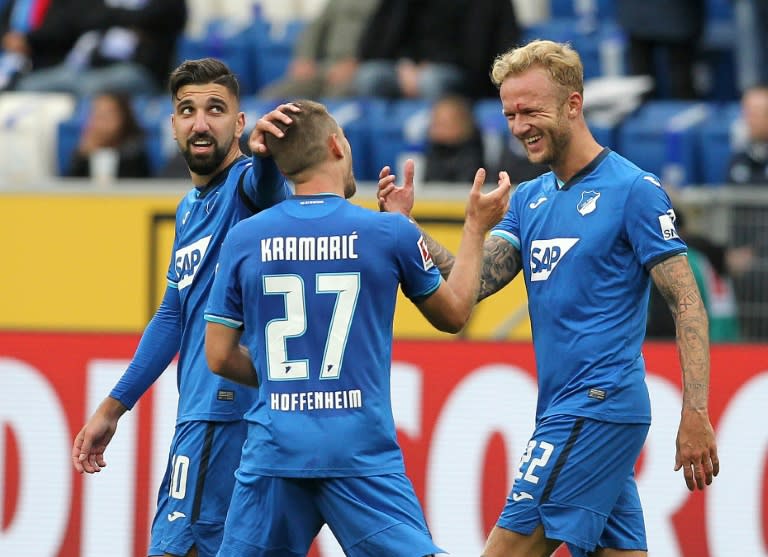 Hoffenheim on Thursday confirmed an eighth case of coronavirus with the squad already quarantined, putting pressure on the Bundesliga club to control the outbreak ahead of their next game in just over a week.

Training is suspended after the squad was quarantined Wednesday with Hoffenheim due to host Stuttgart in their next German league game on November 21.

Defender Kevin Vogt was the latest player to test positive for Covid-19 on Wednesday evening, just as midfielder Sebastian Rudy, forward Ishak Belfodil and a staff member earlier had in the morning’s testing.

The timing is problematic during the international window as several players have joined up with their national squads since being tested.

«Hoffenheim is in close communication with the players who are currently still with their national teams, as well as with the health authorities,» said sports director Alexander Rosen.

Hoffenheim had two cases of the virus confirmed Tuesday when Denmark winger Robert Skov and Israel striker Munas Dabbur tested positive while on national duty and were sent home.

Denmark winger Jacob Bruun Larsen and a member of staff were isolated at the weekend after testing positive.

As a precaution, goalkeeper Oliver Baumann and left-back Ryan Sessegnon were both sent home from the senior Germany and England Under-21 squads respectively despite negative tests.

Pavel Kaderabek was also quarantined after a family member tested positive, but all three players have since returned to training.