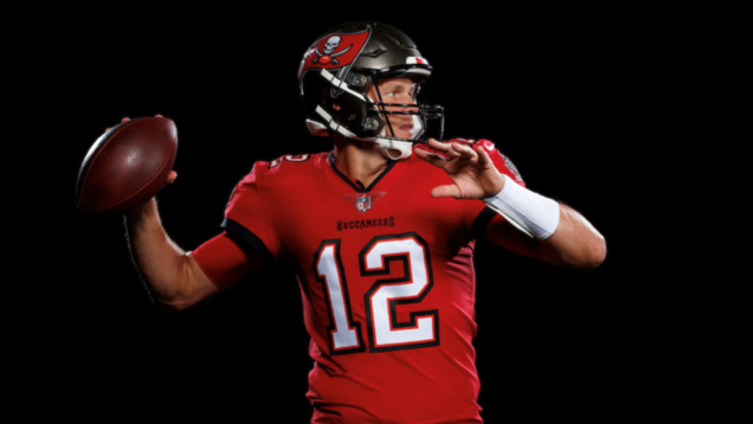 Tom Brady finally practiced with his Tampa Bay Buccaneers teammates in an official setting Wednesday, and we’ll be honest: it was weird to watch.

Brady left the New England Patriots in free agency over four months ago but had yet to (officially) practice with his new team due to the coronavirus pandemic.

That changed Wednesday as the Bucs opened training camp, and the team’s social media accounts eagerly captured the 42-year-old quarterback in action with his new club.

That’s Brady doing what he always does in July – throwing passes to his offensive skill players while coaching them up on routes – but in a different location than Foxboro for the first time in 20 years.

It’s hard not to notice the extra pep in Brady’s step as he barks out instructions and leads drills for a Bucs skill group that’s among the most talented in the NFL on paper. Such are the benefits of a fresh start after two decades in New England.

The weird sight of TB12 playing for another team will get even weirder this fall when Brady actually takes snaps in game action (and connects with Rob Gronkowski on a seam route).

Until then, expect to see plenty more highlights of the six-time Super Bowl champion finding his footing on Tampa Bay’s practice fields.