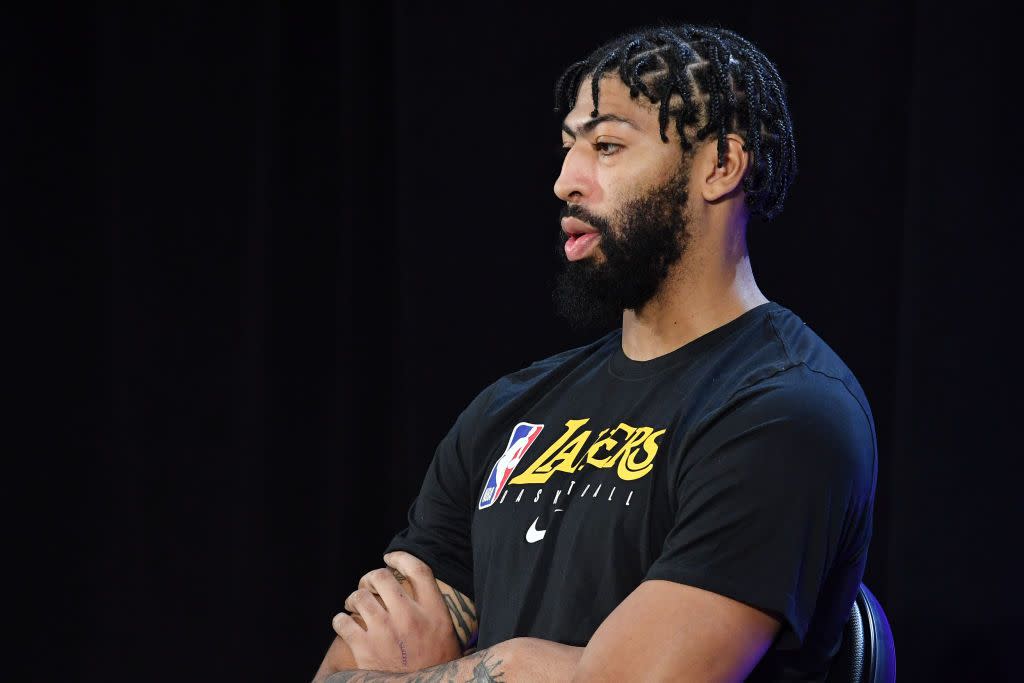 More than 50 players have agreed to contracts since free agency opened Friday evening, from Fred VanVleet taking the money to stay put in Toronto to Gordon Hayward taking Charlotte’s money to get out of Boston.

However, there are still some big names out on the board — including the biggest name of all. Beyond that, there are players that can impact winning, especially in the right setting. There is also value still out there.

He was always — and by far — the best free agent in this class, yet he still hasn’t put pen to paper. And, Davis is going to take his time, likely not inking anything until after Thanksgiving. Still, there also is no question where he is going to play next season. Davis will remain a Laker and chase another title with LeBron James and an improved supporting cast (Dennis Schroder, Wesley Matthews, Montrezl Harrell). Also, nobody is questioning if the First Team All-NBA big man who averaged 26.1 points and 9.3 points a game while playing defense at a Defensive Player of the Year level is worthy of the max.

The only question is years. His salary for the 2021-22 season will start at $32.7 million, and there will be 8% raises each season — both the maximum allowed under the CBA. Davis could sign a two year contract with a player option the second year (a 1+1 contract) for $68 million, lining his contract timing up with LeBron James. Most people around the league expect Davis to sign a three-year contract with a player option (a 2+1) worth $106 million. After those two years, Davis will have 10 years of service in the NBA, allowing him to re-sign for 35% of the salary cap, not 30%.

Like Davis, there are no questions about what is going to happen. The All-Star, who took a big step forward last season with an improved jump shot, will get a max extension to his rookie contract from the New Orleans Pelicans, and he will take it. Ingram is a restricted free agent, so another team could have tried to sign him, but the Pelicans just would have matched (so nobody bothered). Ingram averaged 23.8 points and 6.8 rebounds a game, he shot 39.1% from three, and he proved he could play well next to Zion Williamson. We could quibble about whether Ingram is truly a max player, but considering the market, the team’s need to retain him, and his fit as a key part of a franchise on the rise in the West, there’s no doubt he gets paid.

Check out the latest news on the Los Angeles Lakers

He almost wasn’t on this list because a sign-and-trade sending him from Sacramento to Milwaukee was worked out, but Bogdanovic himself helped scuttle that, and now he is the best player on the market likely to change teams. Bogdanovic is a restricted free agent and the Kings would usually match any offer, except he plays the same position as Buddy Hield, whose $88 million extension kicks in this season. So Bogdanovic will be on the move. Somewhere.

Bogdanovic averaged 15.1 points a game last season, shot 37.2% from three, and can work well as a secondary shot creator. A lot of teams could use him with the Lakers, Hawks, and Knicks mentioned as potential landing spots (the Lakers, after their moves the last 24 hours, seem unlikely). Bogdanovic most likely gets moved in a sign-and-trade, but where remains a question.

Whether or not you think he’s one of the best free agents available, he is one of the most in demand. Toronto is trying to convince the veteran big man to remain with them (and play in Tampa Bay) this season, but the Warriors have entered the mix for the Spanish big man, and the Lakers are reportedly interested as well (the Clippers had been but landed Serge Ibaka). Without Ibaka, the Raptors need to bring Gasol back, and they have his Bird rights so they can offer more money than other teams (or at least more than other teams are willing to pay). The hangup appears to be years: Gasol, 35, wants multiple years and the Raptors, eyeing the 2021 free-agent market, want a one-year deal. Would the Warriors or Lakers give him multiple years at this point in his career?

Whiteside put up impressive, starter-quality numbers in Portland last season — 15.5 points and 13.5 rebounds a game — but with the return of Jusuf Nurkic his role shrunk, and in the playoffs Whiteside was not putting up near the same stats or impacting games. There isn’t a roster spot for him in the Pacific Northwest with Portland trading for Enes Kanter. Whiteside is the best big man still on the market in terms of talent (outside of Davis), he could help a few NBA teams. Whiteside’s reputation around the league as a stat hunter and spotty defender have teams holding off, and at age 31 it will be difficult for him to land a long-term deal. The Sacramento Kings are reportedly interested.