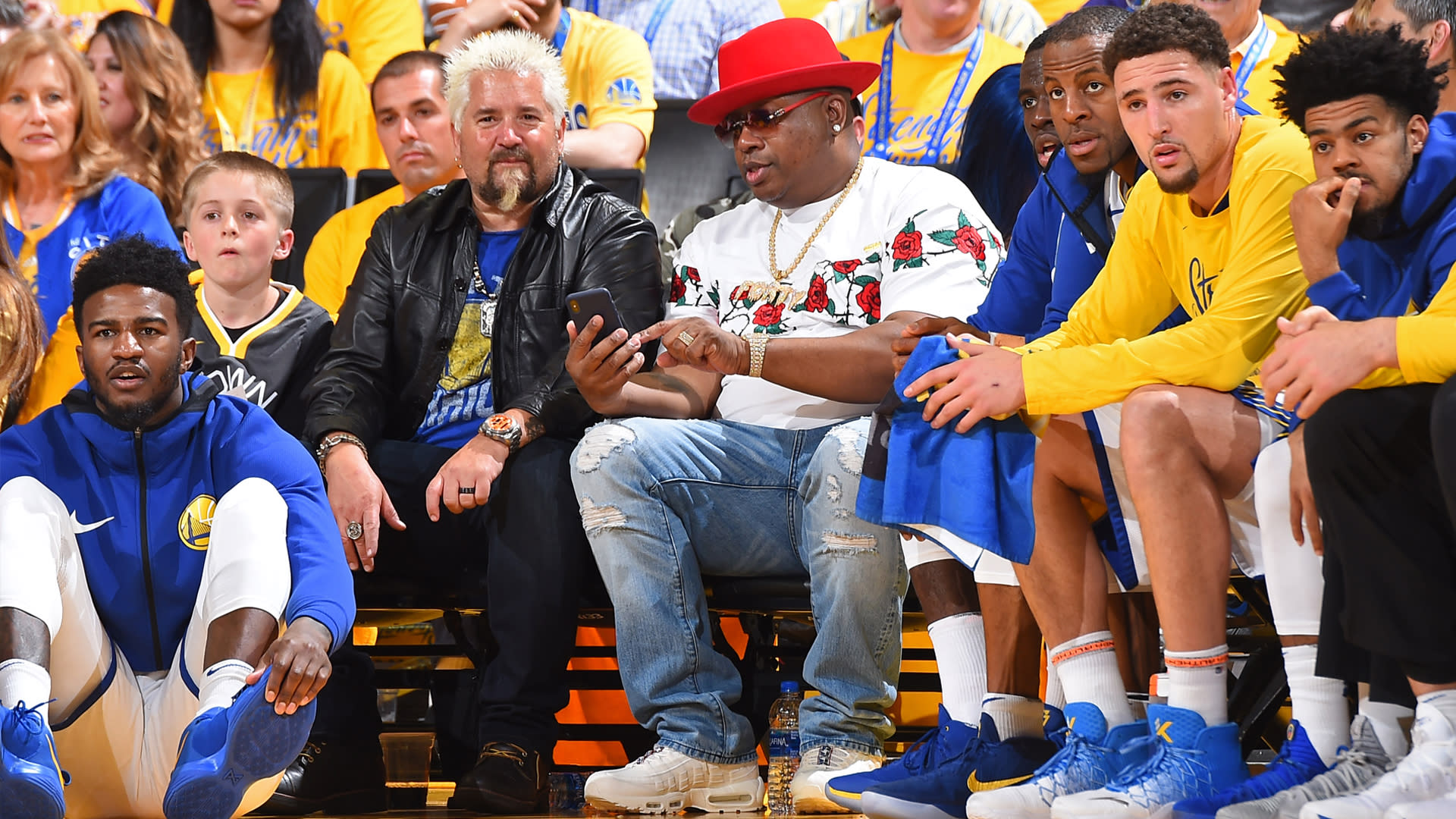 Damian Lillard, Zion Williamson and a yet-to-be-named player will grace the covers of NBA 2K21 when the game releases this fall. In an alternate timeline (and maybe a better world), 2K Sports’ cover athletes would’ve been more … flavorful.

Well, at least one of them would.

Fieri, seemingly rocking the number 68 in honor of his birth year, looked trim and tall on the cover. He must have spent plenty of time on basketball courts in Flavortown, and NBA 2K digital marketing director Ronnie Singh tweeted that Fieri is thus worthy of the game’s highest rating.

The die-hard Warriors fan and «Diners, Drive-ins and Dives» host would have defense, dribbles and dimes in his arsenal with such a rating, but you’ll find zero arguments here against Fieri’s worthiness as a cover athlete. Fieri uses his huge platform for good, raising money for restaurant workers who are unemployed because of the coronavirus pandemic and providing meals to evacuees and first responders after recent wildfires over the last two years in Northern California.

[RELATED: Why these nine forwards could fit Warriors in free agency]

Plus, as the cover shows, he’s pretty clearly in on the joke. Fieri has been the unwitting source of memes for years, but he has embraced it on social media by lampooning himself and arguably become even more popular. A petition to change the name of Columbus, Ohio as «Flavortown» in honor of Fieri — who was born in Ohio — has over 118,000 signatures as of this writing.

NBA 2K21’s third cover athlete will be announced Friday, and few would mind if Fieri’s imaginary version became reality then.