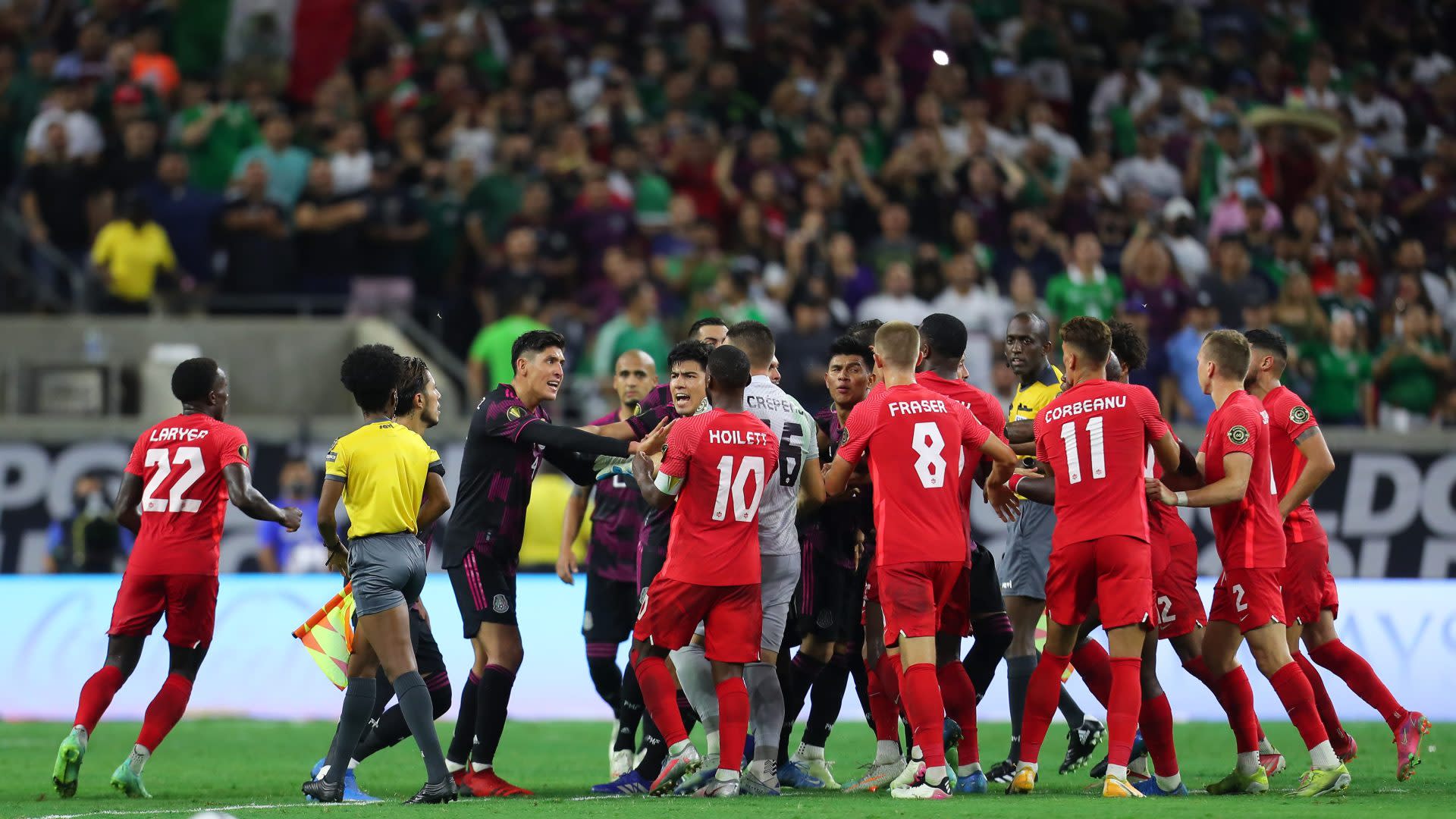 Much like the USMNT, Mexico simply outlasted and outlived their opponents in the 2021 CONCACAF Gold Cup semifinals on Sunday, as El Tri stole a place in Sunday’s final when Hector Herrera scored the winner against Canada nine minutes into second-half stoppage time.

Not only did Mexico’s winner come incredibly late in the game, but it played out in highly controversial fashion as well. Play was halted by the referee in the 86th minute after Mexican fans were clearly heard (for the second time in the game) shouting a homophobic slur during Canada’s goal kick. Play resumed shortly after the clock crossed 90:00, but the additional stoppage time allowed played some part in Mexico scoring in the 99th minute when stoppage time began at seven minutes.

More importantly, though, the stoppage change the entire flow and direction of the game. For the 15 or 20 minutes immediately preceding the stoppage, Canada was all over Mexico and looked the likelier side to score a late winner, but the stoppage effectively gave Mexico an emergency water break when they looked at their wobbliest and most vulnerable.

It’s a shame that such a bright, entertaining and inspiring game would end under such circumstances, because it was otherwise nothing short of enthralling.

Mexico were gifted a largely deserved lead in first-half stoppage time after Doneil Henry slid in late on Jesus Corona to give away a penalty kick, which Orbelin Peralta dispatched as smoothly as humanly possible.

Just as Mexico deserved their lead (perhaps not in such fortuitous circumstances), Canada deserved their equalizer in the 57th minute. Mark-Anthony Kaye pinged a long diagonal ball to Tajon Buchanan as he broke down the left flank. Buchanan raced onto the ball, cut inside, danced left to right and fired a snap-shot toward the far post to make it 1-1.

Mexico were handed another inexcusable penalty (on Canada’s part) in the 66th minute, but Maxime Crepeau denied Carlos Salcedo to keep the game level.

Then came the stoppage for the homophobic slur chanted by hundreds, perhaps thousands, of fans inside a sports arena. Then came the turning of the tide, massively in Mexico’s favor. Then came Herrera’s winner, which was undeniably taken incredibly well and shouldn’t be lost in everything else.

Speaking of “everything else,” there were a few unsavory scenes at the end of the game as tempers flared on both sides.

Sunday’s showdown between the USMNT and Mexico (8:30 pm ET) will be the rivals’ 7th meeting in the Gold Cup final, with Mexico winning five of the first six.