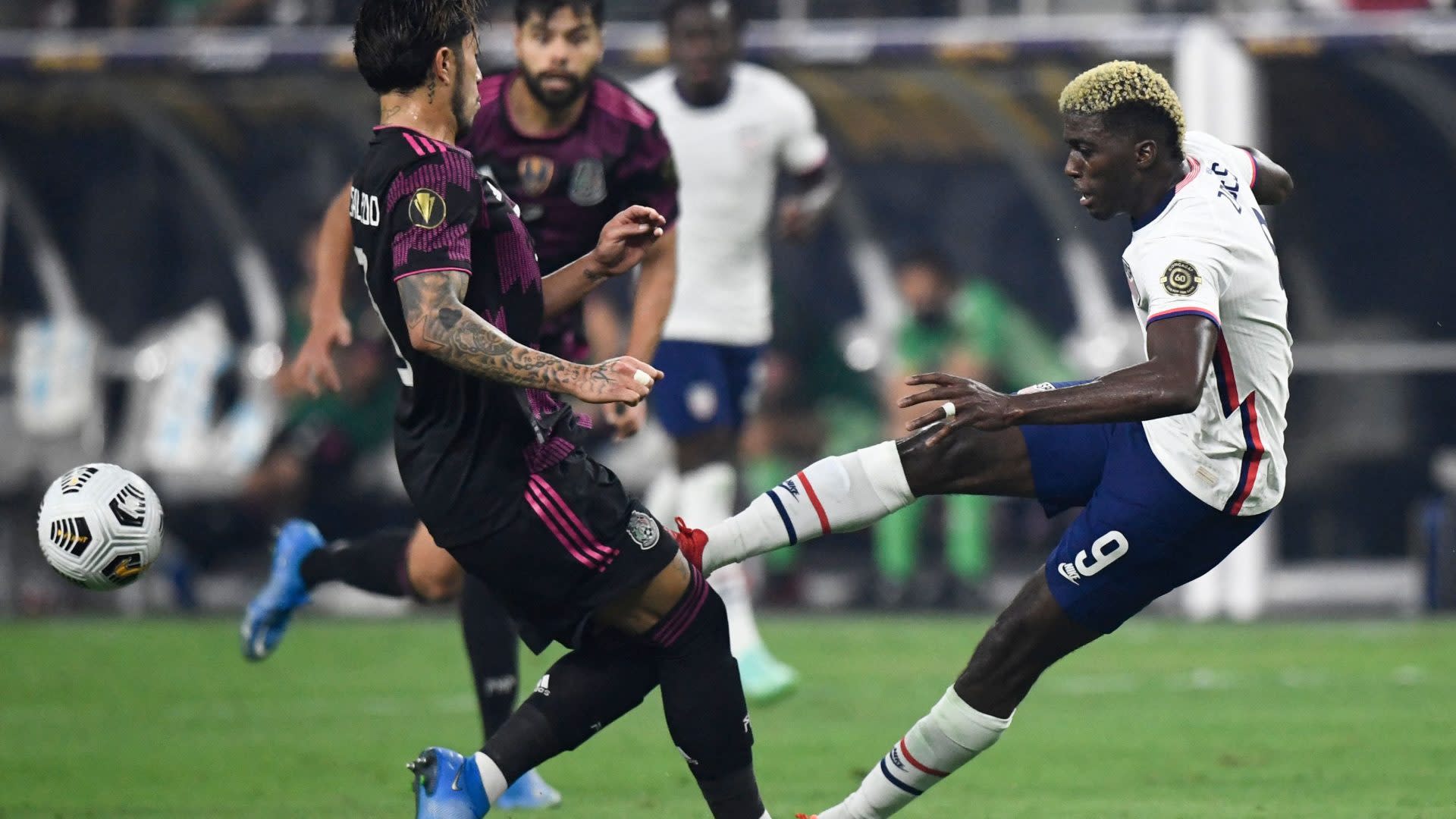 Against odds heavily stacked against them, the USMNT’s de facto B-team was crowned 2021 Gold Cup champions after beating Mexico 1-0 in the final on Sunday.

Sunday’s final was held on Aug. 1, which means 2022 World Cup qualifying is officially starts next month. Despite the fact that Gregg Berhalter picked a squad heavy on MLS youngsters and European-based players facing somewhat uncertain futures at their current clubs, a number of players made a strong impression ahead of the September qualifiers.

Has a path to first-team USMNT minutes

Matt Turner – Turner’s Gold Cup performances might have very well brought into question Zack Steffen’s position as the undisputed no. 1 goalkeeper for the USMNT. Steffen will likely start the first game(s) of World Cup qualifying, but Turner is a lot closer to the top spot now than he was three weeks ago, when he was likely third or fourth on the depth chart. The USMNT has effectively gone from having nothing resembling a no. 1 goalkeeper, to having a strong no. 1 and a very strong 1a option, all in the span of about two years. Turner is the best pure shot-stopper in the USMNT player pool, but he’s not as sharp as he needs to be with the ball at his feet, at least not for Berhalter’s system which asks the goalkeeper to be heavily involved in both short and medium distribution.

Gyasi Zardes – Everything that needs to be said of Zardes and his place with the USMNT can be found in this thread. You might not like it, but it’s all facts.

Sebastian Lletget – A lot like Zardes, Lletget is going to continue to get looks with both the first team and the B-team, because that’s exactly his level — too good to leave out, but not quite good enough you have to make a place for him. He’s incredibly secure on the ball, progresses it well and doesn’t kill a counter-attack by taking too long on the ball. That’s about it, but that’s quite useful in a knockout game and you’re chasing a goal. There will always be a job for Lletget to do.

Reggie Cannon/Sam Vines – Cannon was extremely solid — borderline excellent — to solidify his case for a starting job, and Vines was nearly as good. Between Sergiño Dest (20 years old), Cannon (23), Antonee Robinson (23) and Vines (20) (in that order), the transformation at both right back and left back looks a lot like what we already discussed at goalkeeper. Vines is reportedly close to completing a transfer to Belgian side Royal Antwerp.

Could be called up for World Cup qualifying

Kellyn Acosta – (See, also: Zardes, Gyasi and Lletget, Sebastian.) “Immense” doesn’t even cover half of Acosta’s heroic efforts in the final. If Acosta (ball-winning and connect the midfield to defense) and Lletget (the ball progression and accurate forward passes) could combine their strengths, they would form the greatest two-way central midfielder the USMNT has ever seen. Just as with Lletget, there will always be a role for a player like Acosta and he’s probably still third (behind Tyler Adams and Weston McKennie) in the pecking order.

Matthew Hoppe – Hoppe 1) is 20 years old, 2) was a first-team regular for his club team by the end of last season, and 3) has fewer than 25 professional appearances. That’s a pretty incredible combination of facts for an American attacker, and it’s why he’s such an intriguing prospect. He’s likely to leave Schalke this summer after they were relegated from the Bundesliga (his participation in the Gold Cup was likely a showcase opportunity to entice other clubs to sign him), so it was a bit worrying that Berhalteer exclusively deployed him on the left wing. He’s in consideration for one of the last roster spots, if Berhalter seeks a high-upside, versatile attacking option.

James Sands/Miles Robinson – Semi-bold prediction: One of Sands and Robinson will be on the USMNT roster for the start of World Cup qualifying. There are no good answers (beyond John Brooks, most days) at center back, which made the Gold Cup a de facto open audition. Walker Zimmerman had the first crack at impressing, but an injury forced him out of the squad early on. Sands came into the team as a result, and his partnership with Robinson was certainly a bright spot. They’re 21 and 24, respectively, and both should have European options after their performances at the Gold Cup.

The next tier down, only an injury away

Gianluca Busio – Busio turned his first USMNT call-up into six appearances (four starts, two as a sub) in an “off-year” Gold Cup and didn’t do anything to hurt his stock — that’s the positive spin. Here’s the negative and slightly more realistic: Busio didn’t do enough to make an irresistible case for a first-team call-up. Nor was he expected to do so at age 19. It should be noted: Busio probably won’t be in consideration for a January camp invite as he’s reportedly close to completing a roughly $10-million transfer to Europe, where he will hopefully continue (or accelerate) the rapid development he has undergone in the last 18 months. Won’t be his last USMNT look, not by a long shot.

Nicholas Gioacchini – Gioacchini showed on multiple occasions during the Gold Cup that he can be a semi-dangerous impact sub against the likes of Martinique and Jamaica, but anything more (either in terms of a bigger role or facing better competition) is likely still a bridge too far at this time. The good news is: Gioacchini will now head back to Ligue 2 side Caen, where he’s been nearly an every-game regular for the last season and a half. He’s 21, there’s still a lot of time.

George Bello – What has the United States become? A certified full back factory? Bello is still incredibly raw (to be expected at 19 with fewer than 40 professional appearances), but he’s developing at a rapid rate. Fast-forward 15 months, Bello could win a roster spot late in the cycle and provide the same kind of late-game attacking energy that DeAndre Yedlin did during his breakout stretch around the 2014 World Cup.