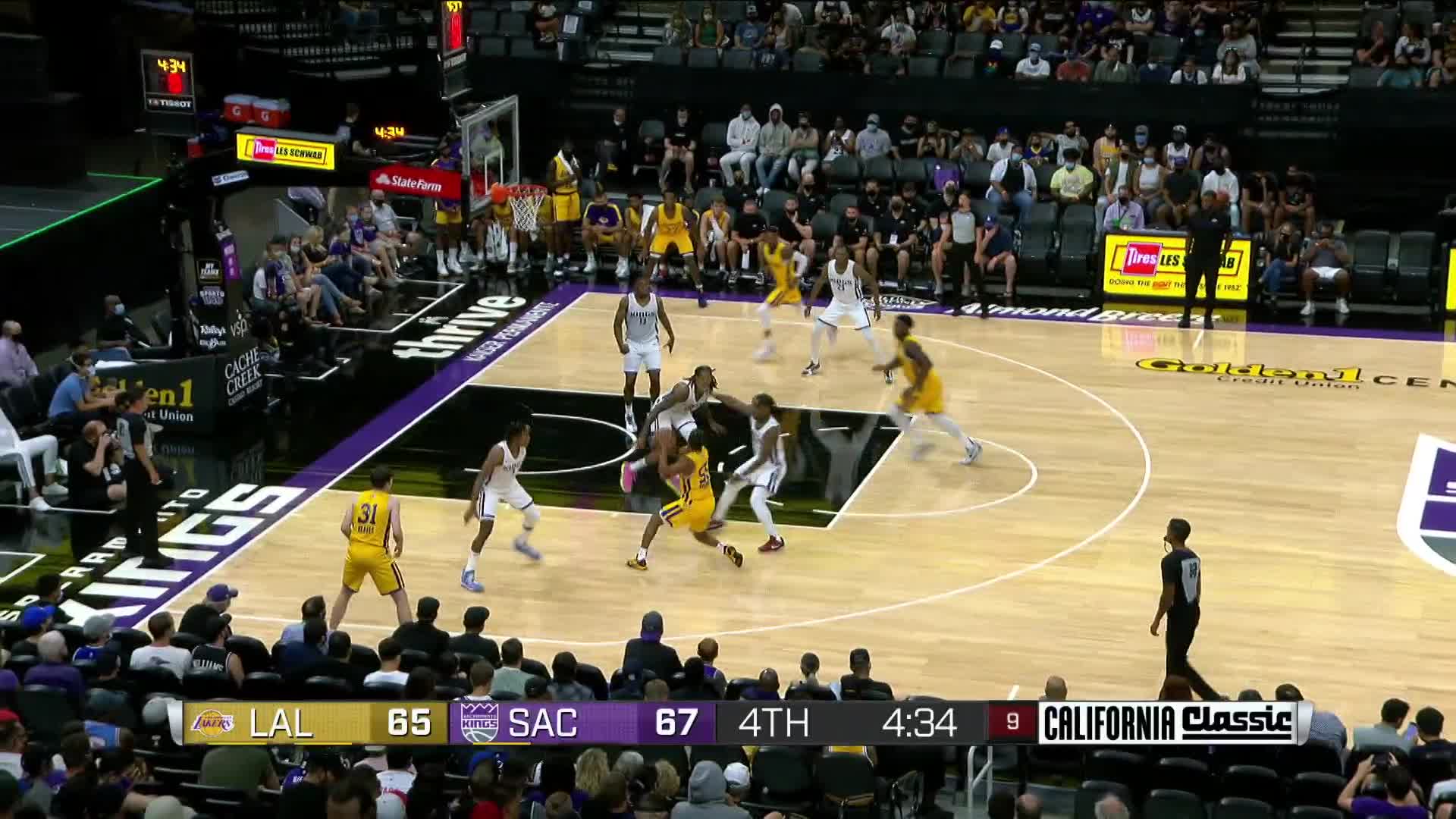 The Warriors defeated the Kings, 89-82, in overtime. Jeff Dowtin led the Warriors with 21 points (seven in overtime) and three assists, while Justinian Jessup added 11 points, six rebounds and four assists in the victory. Davion Mitchell, the No. 9 overall pick in the 2021 NBA Draft out of Baylor, recorded 23 points, three rebounds and three steals in the losing effort.