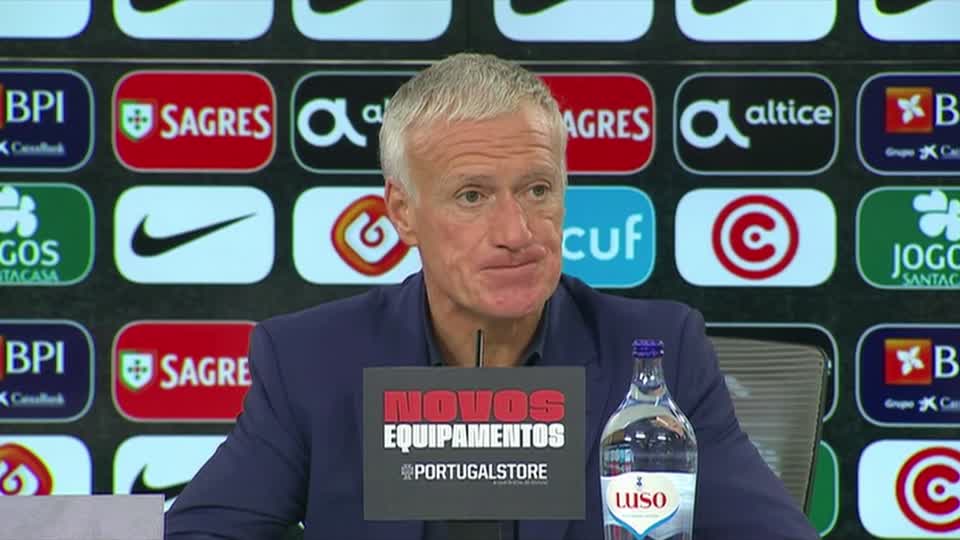 «Yes, that’s part of a really good game. Obviously, we needed to do that because of the quality of the team we were facing. Having this kind of a match tonight shows the quality France has and our ability to face these big matches by really dominating. And to beat an opponent at this level makes me really proud. Proud of the team and the French shirt. The team played really well tonight.»

3. STILL PHOTOGRAPH OF KANTE IN ACTION WITH PORTUGAL’S CRISTIANO RONALDO

«First of all, merit to France because they were better in the first half. They did what we also thought to do and what we wanted to do and they had a strategy for the match similar to what we did in France, which was to not let France play, to not give them space. «

«This team is the same team that played in France and played very well. On that day no one asked me why Diogo Jota didn’t start the match. Obviously Diogo Jota is a player with great quality. We all know that. But so does Bernardo, Cristiano and Felix too. And if Jota had started and things didn’t go well and if Bernardo didn’t play or Felix, you would ask for them? Because Felix is also having a great moment in Atletico Madrid and Bernardo is Bernardo.»

Anthony Martial missed three clear-cut first half chances for France before Kante scored only his second international goal in the 54th minute, and his first since 2016, to end Portugal’s run of five successive clean sheets.

World champions France went top of Group A3 with 13 points from five games, three ahead of Portugal and with the better head-to-head record to give them an unassailable lead. It was only Portugal’s second defeat since the 2018 World Cup.

Antoine Griezmann set up Martial’s first chance in the 12th minute with a slide-rule pass but Portugal’s excellent goalkeeper Rui Patricio blocked it at point-blank range.

Martial then diverted Adrien Rabiot’s acrobatic effort onto the bar with his head and saw another effort brilliantly saved at close range by Patricio from Lucas Hernandez’s cross.

At the other end, Cristiano Ronaldo forced a diving save from France captain Hugo Lloris and also wasted a free kick which he drove straight into the wall.

France finally broke through just as Portugal appeared to be imposing themselves. Griezmann slipped another ball through to Rabiot whose shot was parried by Patricio and Kante was on hand to score from the rebound.

Portugal had three chances go begging in the same attack, including a Jose Fonte header against the post, and Lloris made a one-handed save to parry a raking drive from Joao Moutinho, who then saw his cross evade three forwards as France held out.