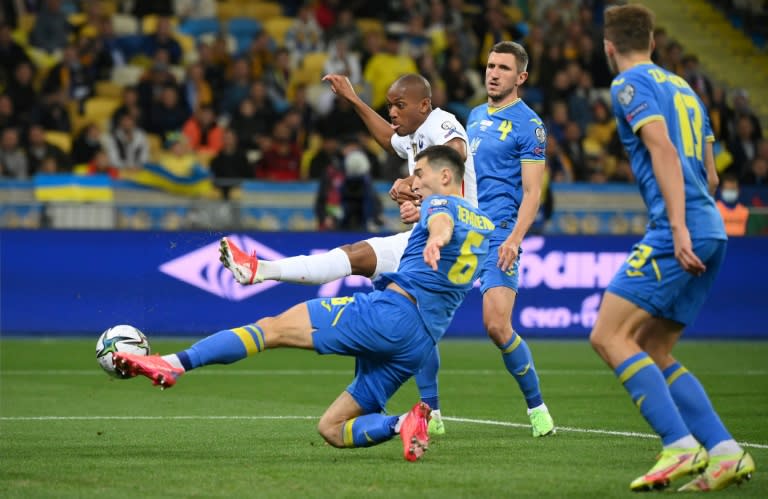 World Cup holders France stuttered again in their bid to qualify for the 2022 finals in Qatar after a 1-1 draw in Ukraine, while Memphis Depay inspired the Netherlands to a rout of Montenegro on Saturday.

France drew their fifth successive match as Anthony Martial scored his first international goal in five years to earn Didier Deschamps’ side a point in Kiev.

The Manchester United forward, who missed Euro 2020 with a knee injury, grabbed just his second goal in 29 caps to cancel out a magnificent first-half strike by Ukraine midfielder Mykola Shaparenko.

Les Bleus remain four points clear at the top of Group D but have played two games more than Finland, who they host in Lyon on Tuesday. Joel Pohjanpalo’s second-half effort clinched Finland a 1-0 victory over Kazakhstan.

«We are maybe not in a better situation than we were before the match, but it is not any worse either. It’s just one more point when obviously our goal was to take all three,» Deschamps told French broadcaster M6.

Ukraine have now drawn all five of their qualifiers so far, including both matches against France.

Depay led the Netherlands to a 4-0 defeat of Montenegro in Eindhoven that kept Louis van Gaal’s team right behind Group G leaders Turkey, who won 3-0 in Gibraltar.

Barcelona star Depay opened the scoring for the Dutch with a penalty and netted a second on the hour. Captain Georginio Wijnaldum added a slick third and Cody Gakpo bagged his first goal for the national team with a terrific curling shot.

«Once the first goal went in we played in a much more relaxed manner and produced some very good football,» said Van Gaal, back for a third spell in charge of the Netherlands.

«Memphis had an extraordinary game. He was undoubtedly the man of the match.»

Erling Haaland converted a spot-kick as he scored for the second game running in Norway’s 2-0 win against Latvia, with Mohamed Elyounoussi also on target in Oslo.

Norway and the Netherlands are both a point back of Turkey, who go to Amsterdam next week.

«Now we must win on Tuesday against Turkey. A victory would put us in an ideal position for qualification,» added Van Gaal.

Russia beat Cyprus 2-0 away while Slovenia won 1-0 at home to Malta.

Denmark needed an 85th-minute effort from Jonas Wind to see off the Faroe Islands 1-0 and record a fifth win in as many outings in Group F.

Eran Zahavi followed up his hat-trick against the Faroes in midweek with two more goals to power Israel past Austria 5-2.

Aleksandar Mitrovic struck twice as Serbia defeated Luxembourg 4-1 to edge above Portugal on goal difference at the top of Group A.

A late Shane Duffy equaliser salvaged the Republic of Ireland a disappointing 1-1 draw at home to Azerbaijan.