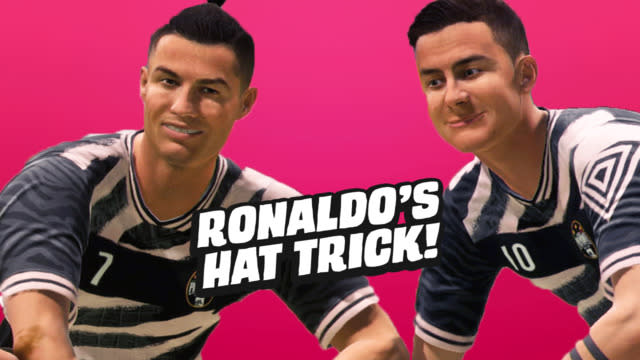 Launching for Xbox One, PS4, Nintendo Switch, and PC on October 9, FIFA 21 is the latest entry in publisher Electronic Arts’ popular soccer franchise. Enhanced next-gen versions are expected to release for both Xbox Series X/S and PlayStation 5 later down the line, as well as a port for Google Stadia.

If you’re looking to see the game in action ahead of release, we’ve got you covered. In the video above, David Ahmadi plays as Piemonte Calcio in a match against Milan on the professional difficulty. Our boy struggles a bit on defense, but thanks to some impressive dribbling, he manages to secure a victory.

FIFA 21 is one of the many game-as-a-service titles that will be released for current generation consoles first and will be getting next-gen ports later. Though the game won’t support cross-play between generations, FIFA 21 will support cross-progression. So, if you buy the game on PS4, your progress will follow you to PS5; same deal for Xbox One to Xbox Series X/S.

Additionally, upgrading from current- to next-gen is free, so you won’t have to buy the game twice in order to enjoy it on Xbox Series X/S or PS5.