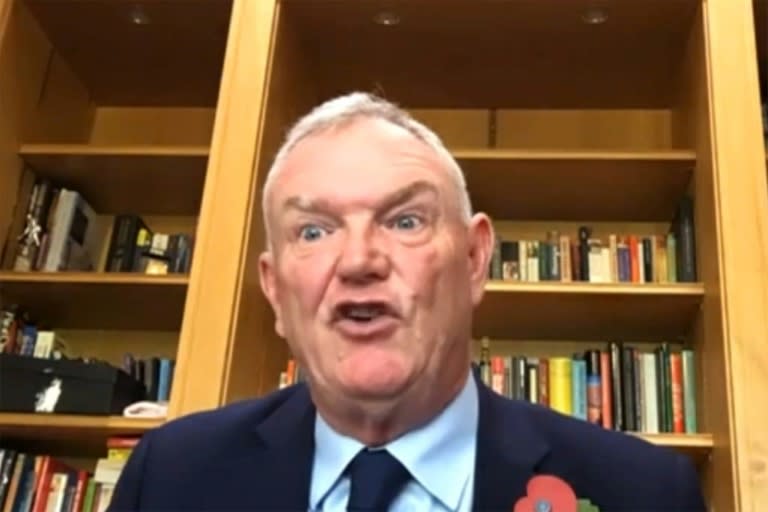 Manchester United great Andy Cole has joined a growing chorus urging the Football Association (FA) to show they are serious about diversity when they choose the successor to former chairman Greg Clarke.

Clarke resigned on Tuesday after referring to «coloured footballers» when talking about diversity to British lawmakers on the Digital, Culture, Media and Sport select committee.

The 63-year-old also claimed South Asians and Afro-Caribbean people have «different career interests» on the basis of the make-up of the FA’s IT department, as well as describing homosexuality as a «life choice».

Cole, an integral part of the United side that won the treble in 1999, says the ball is firmly in the FA’s court as to whether they show they are serious about diversity at the top of the game.

«I think that’s entirely up to them,» he told the BBC on Wednesday.

«Now they are in a position to do just that.

«Unfortunately it has come around the way it has done, but they’ve been speaking about diversity for some time and now they are in a position to see how they can move forward at the FA, what are they prepared to do about it?»

Cole, who scored 121 goals in 275 appearances for United, hopes visible progress will be evident within six months.

«We need to make progress now. I’m hoping, seeing what we are going through now, that within six months there will be progress, and I want to see where we are at,» said Cole.

«I just shake my head and I just laugh, because him (Clarke) being in that position he’s supposed to be better — he’s fighting the cause for diversity.»

Cole’s comments follow those of England central defender Tyrone Mings who said on Tuesday just prior to learning of Clarke’s resignation the BAME community would welcome being represented by an FA chairman.

Cole, capped 15 times by England, said gestures aimed at tackling racism such as they used to do when he was a player are not sufficient.

«We used to wear t-shirts once a year or whatever it was, that’s just not enough,» he said.

«That’s how I feel about it. When I talk about progression, it means we have to progress.»

Cole’s belief that gestures like taking a knee are no replacement for actions echo those of former Tottenham Hotspur striker Les Ferdinand, now director of football at second-tier Queens Park Rangers.

«Compelling evidence again yesterday as to why an independent regulator is required for football,» tweeted Neville.