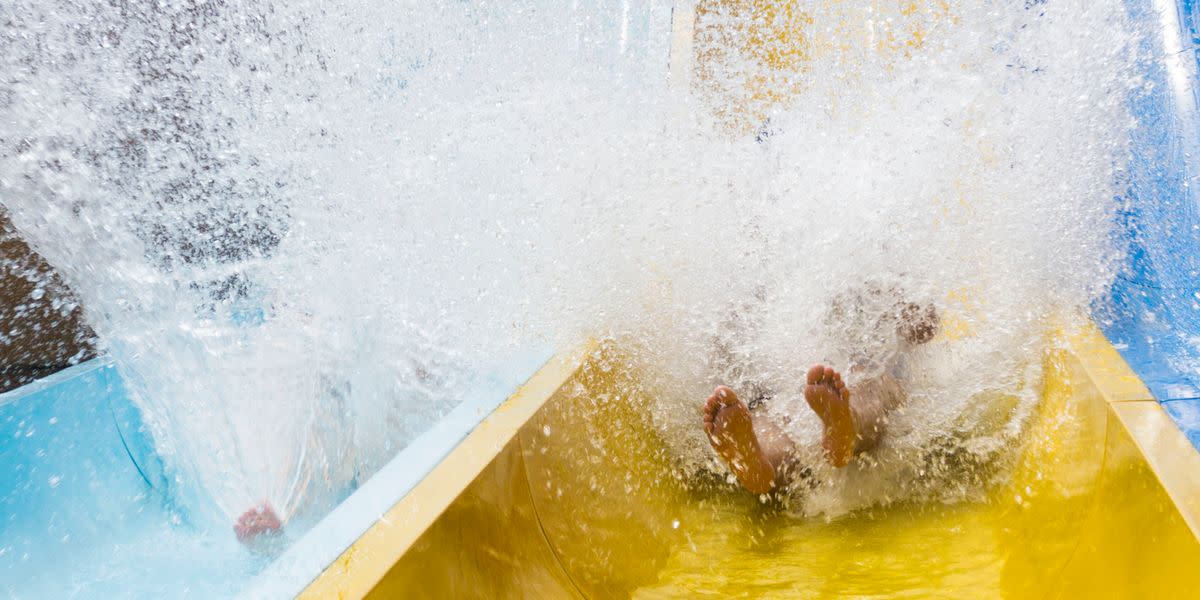 “Ultimate Slip ’N Slide” has slid its way off the NBC schedule.

Production was initially paused on the competition show in June after “up to 40 crew members fell violently ill” amid an outbreak of “awful explosive diarrhea,” The Wrap reported at the time.

At least one crew member tested positive for the parasite Giardia, which according to the Centers for Disease Control and Prevention “causes the diarrheal disease giardiasis” and can spread easily “from person to person or through contaminated water, food, surfaces, or objects.”

On Friday, multipleoutlets confirmed the game show — which production company Universal Television Alternative Studios had almost completed filming in California’s Simi Valley when the outbreak occurred — had been canceled.

The show, hosted by Bobby Moynihan and Ron Funches, had been slated to premiere on Sunday following the conclusion of the Tokyo Olympics.

It was described in promotional material as a “wet-and-wild new series [that] takes the spirit of the classic backyard slide and transforms it into a real-life water park full of gigantic slippery rides with the chance to take home a big cash prize.”