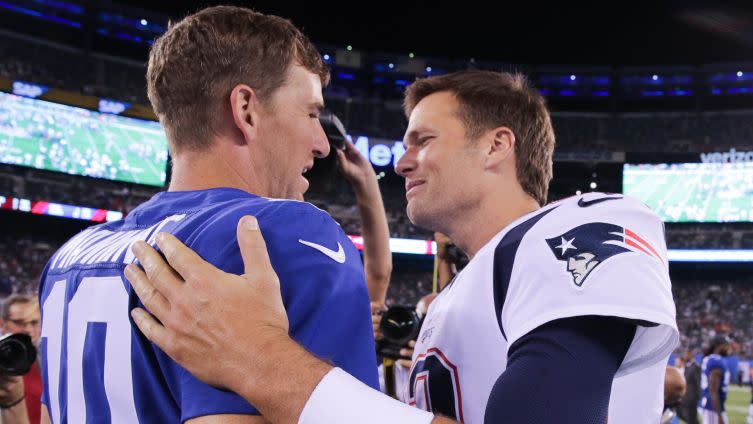 The recently retired New York Giants quarterback brings plenty of jokes to the social media platform, and he was at it again Sunday.

He shared a pretty funny parody video called «Tampa King», which highlighted his rivalry with Tampa Bay Buccaneers quarterback Tom Brady. Judging by the name, the video’s theme was based on the popular Netflix documentary «Tiger King».

The video was posted to help promote the 2020 ESPY Awards, which was broadcast Sunday night. Check it out in the tweet below:

Manning will never let Brady forget about those two Giants wins over the Patriots in Super Bowl XLII and Super Bowl XLVI.

In all seriousness, a documentary on Brady’s rivalry with Eli Manning and his brother Peyton would be pretty cool. Brady played versus Eli five times including the playoffs, and the ex-Patriots quarterback sqaured off against Peyton a total of 17 times (playoffs included).

Any documentary on the Brady-Manning rivalries probably wouldn’t come out until the Bucs quarterback is done playing, and it’s hard to predict when that time will come. Brady will be 43 years when Week 1 of the 2020 season rolls around, and he still has plenty of competitive fire left in him.