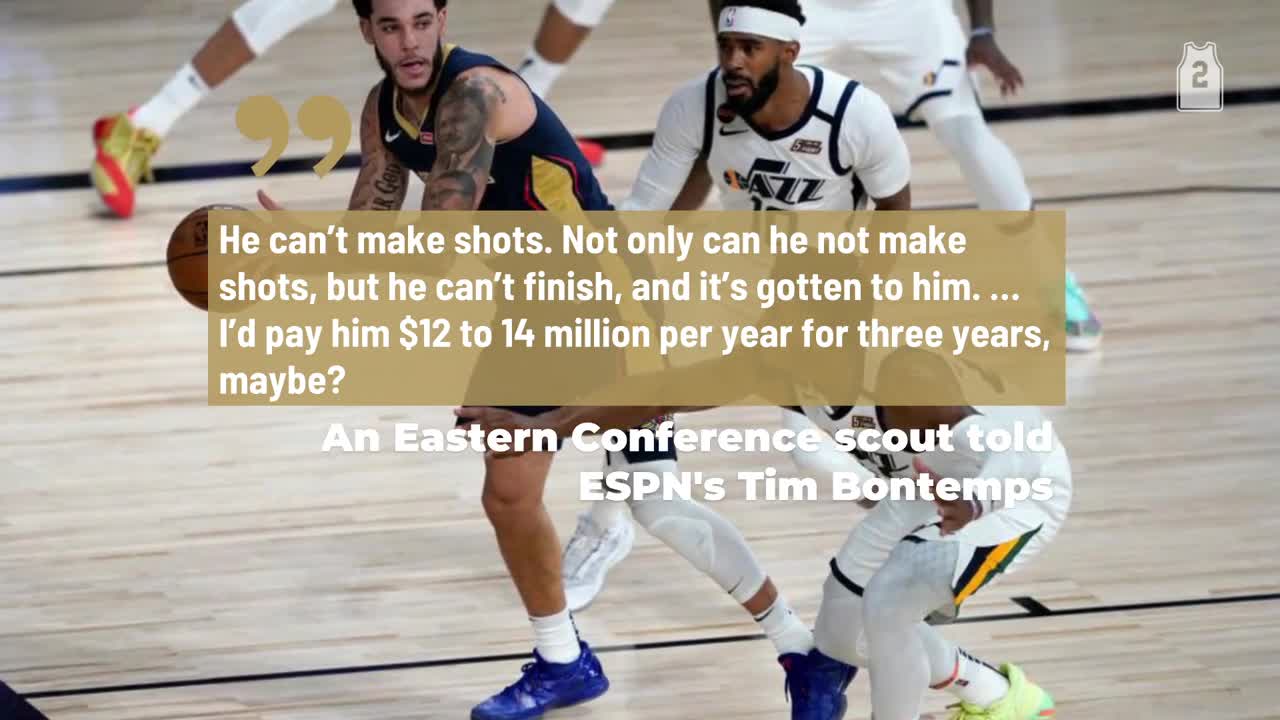 After struggling to find his shot and consistent role in an offense during his first two seasons in the league, Lonzo Ball broke out in his third season largely through his long-range shooting. In his first year in New Orleans, Ball finished a career-best 37.5% from three-point range. However, Ball’s play inside the bubble left a sour taste in the mouths of everyone that watched him and the Pelicans struggle. That poor performance left an indelible mark on some around the league. He can’t make shots. Not only can he not make shots, but he can’t finish, and it’s gotten to him.