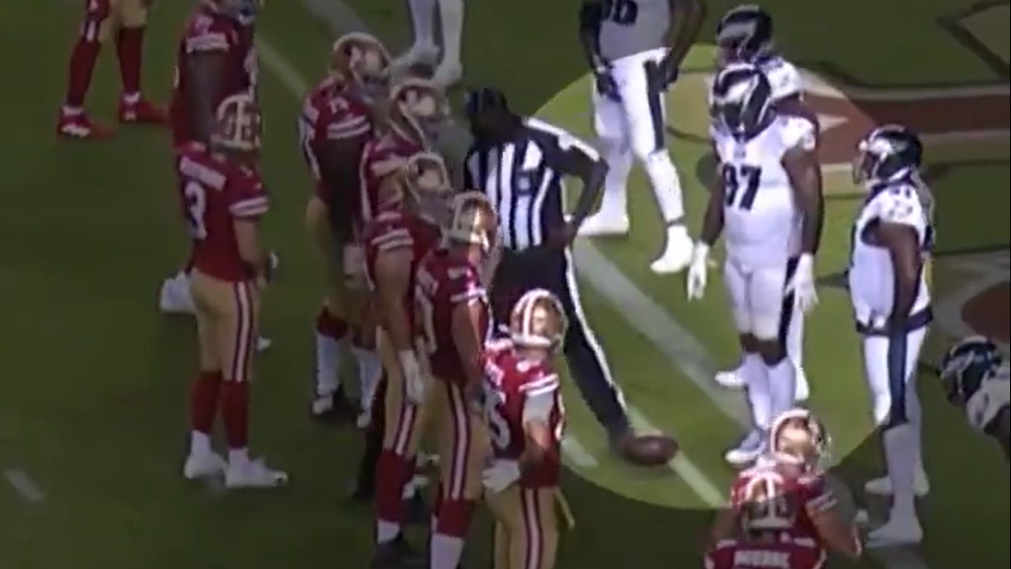 At 30 years old, Eagles defensive tackle Malik Jackson has been around the block a time or two. He’s a real pro’s pro.

And in Sunday night’s win over the 49ers, Jackson flexed his experience with a truly genius veteran move during the dramatic final minutes.

With the ball at the 1-yard line and the Eagles up by 11, the game’s refs were trying to suss out exactly where to place the football as the 49ers attempted to punch the ball into the end zone.

When the refs turned away from the ball for just a second to speak with the other members of their crew, Jackson pounced:

That is some next-level defensive play from Jackson. I wonder if this is a Jim Schwartz tactic, or if Jackson brought it with him from one of his previous stops around the league. It’s just subtle enough.

And it’s genius, because if a 49ers offensive lineman tried to nudge it back, I’d bet at least one ref would’ve turned around by then and seen the retaliatory gamesmanship, and then moved it back to where Jackson bumped it. Truly brilliant.

It’s only cheating if you get caught, right?

Every inch mattered in Sunday night’s win, including this one.