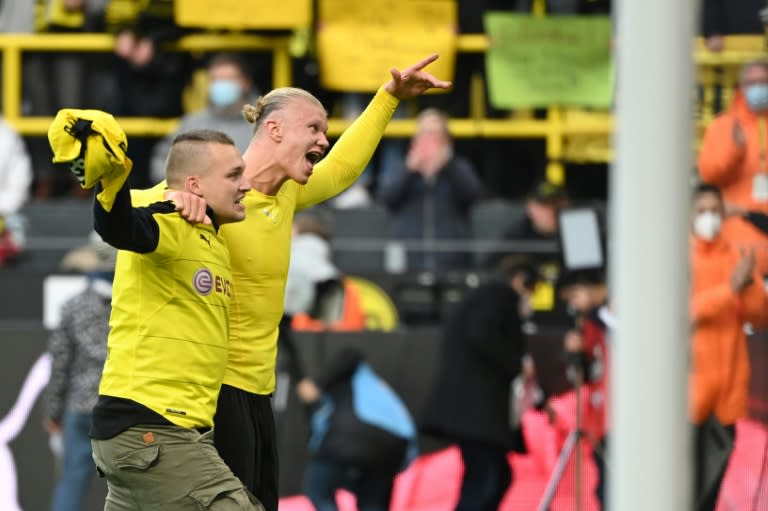 Borussia Dortmund coach Marco Rose says more must be done to prevent the club’s supporters getting on to the pitch during home matches after star striker Erling Braut Haaland ended up giving his playing shirt to a pitch-invading fan earlier this month.

«This shouldn’t be allowed to explode exponentially and that three or four people get onto the pitch every game,» said Rose.

The coach became involved after a Dortmund fan got onto the pitch following the final whistle of Tuesday’s 2-0 German Cup win over Ingolstadt and managed to get the playing shirt of Brazil midfielder Reinier.

Rose sees a worrying trend after a similar incident in their previous home game when Haaland celebrated scoring a goal with a pitch-invading Dortmund fan, who ended up with the Norway star’s shirt.

«We have to find a solution so that this doesn’t happen every weekend,» said Rose who helped escort the fan off the pitch on Tuesday.

«I can understand the fans trying to get a shirt, but basically everyone knows that we should try to stop this.»

The coach explained that he intervened on Tuesday to prevent over-zealous stewards rough-handling the pitch-invader.

«Nobody should get injured» he said, but Rose also had sympathy for the stewards, «who were just trying to do their job».