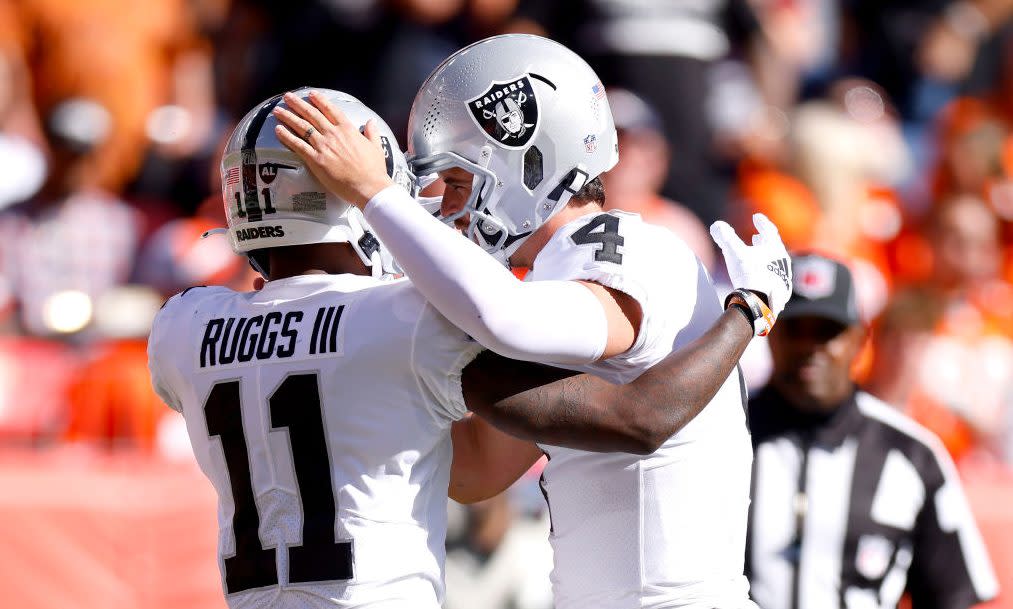 When Carr woke up Tuesday morning, he learned Ruggs was in a serious car wreck. Ruggs since has been charged with DUI resulting in death and faces 2-20 years in prison.

Carr said during an emotional news conference Wednesday that he has questioned whether he could have “done anything to help” like letting Ruggs know the quarterback “could be there for him at 3 a.m.”

“I just wish I could have done something,” Carr said. “No one ever wants to see this, whether it’s a football player or not. You never want to see something like this happen.”

Prosecutor Eric Bauman announced Ruggs had a blood-alcohol concentration at twice the legal limit while driving his Corvette 156 mph only two seconds before an impact that killed the 23-year-old driver of another car, along with her dog.

While his former teammates practiced Wednesday in the face of a tragedy, Ruggs showed up in Las Vegas Justice Court in a wheelchair and wearing a neck brace. His bail was set at $150,000.

“With what we were told, I just didn’t know if we were able to (contact Ruggs, so) haven’t reached out,” Carr said. “I will always be here for him. That won’t change. I will prove that over the course of time to him, not to anybody else. But he needs people to love him right now. He’s probably feeling a certain type of way about himself right now, and he needs to be loved. If nobody else will do it, I will do it.”

“I walked by, and I saw Henry’s locker today and for whatever reason that got me,” Carr said. “He’s not going to be there.”

The Raiders, though, still have a game in four days. They played the Giants at 1 p.m. ET Sunday. No one, Carr said, is going to care what the Raiders have gone through this week or this season.

“From a football aspect, we’re ready to go,” Carr said. “We had a great practice. We’re dealing with a lot of things this year, that’s for sure. What a crazy year. I heard that a few times. Can we please have nothing else (bad happen)? . . . At the end of the day, nobody cares (that the Raiders are hurting). We’ve got to do our job.”