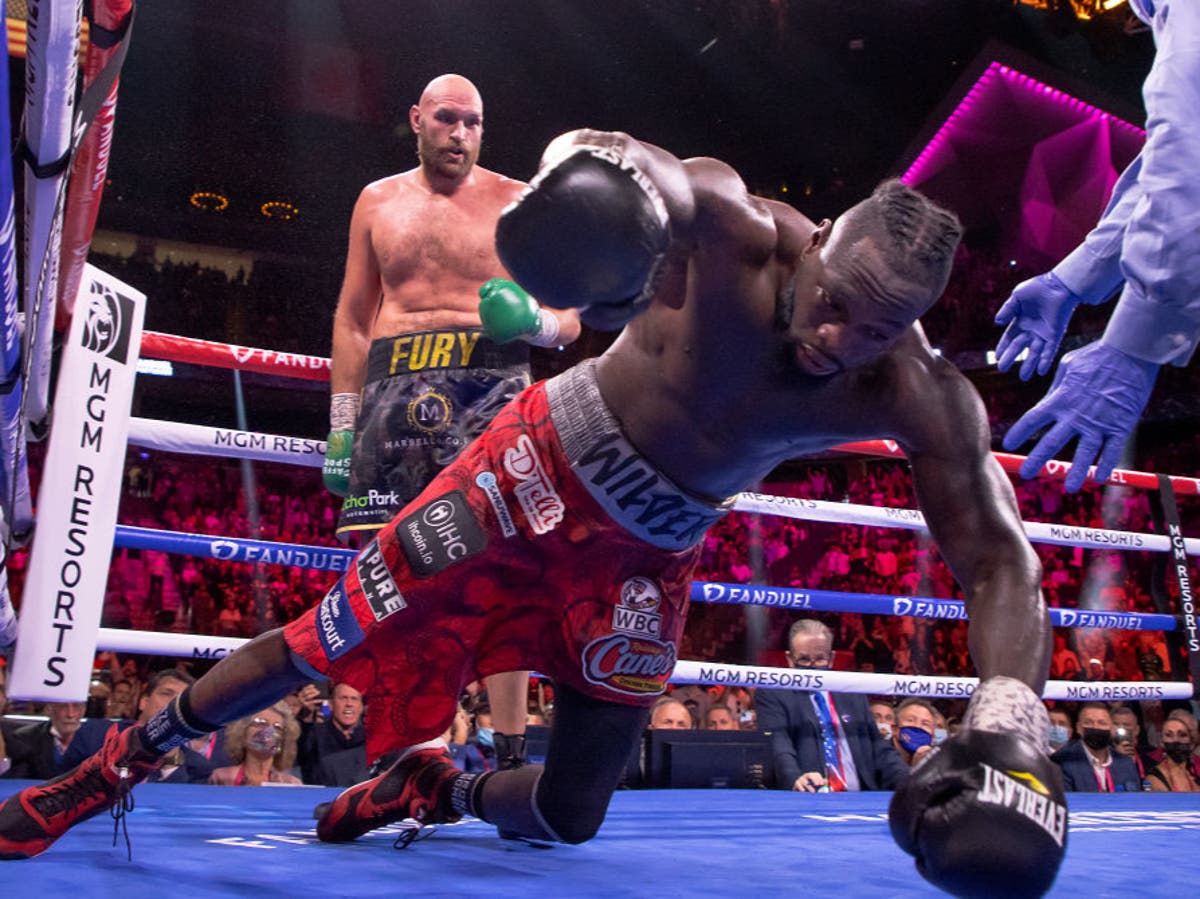 Deontay Wilder has been suspended for six months following his 11th round knockout defeat to Tyson Fury last weekend.

The 35-year-old American was floored three times before eventually being stopped by the Brit and was taken to hospital after the fight.

He was discharged later on Saturday evening with a broken finger and the Nevada State Athletic Commission have now suspended him until April unless he is cleared by a doctor.

Fury has been handed the regulatory 45-day suspension following his victory – his first ever world heavyweight title defence.

Wilder has now suffered back-to-back defeats at the hands of Fury after having previously not lost in 43 fights.

Yet despite the two losses, Wilder’s new trainer Malik Scott does not expect the hard-hitting American to retire from the sport.

Scott told iFL TV: “Deontay has set his family financially secure so he doesn’t have to fight to make a living. “But retiring is not in his plans at all and not something we’ve discussed.”

Meanwhile, Fury has now returned to England as he enjoys some time with his family following his sensational win.

It has not been confirmed who the WBC champion will face next, but he is expected to take on mandatory challenger Dillian Whyte in the early part of 2022.

But Whyte remains unsure as to whether Fury will accept a fight against him.

Speaking to Sky Sports News, he said: “Fury has the belt. Wilder had the chance to fight me for three years but didn’t. Hopefully now the WBC forces my position and Fury has no choice. It’s a massive British fight, a major fight for Britain.

“Fury is an unpredictable man who might say: ‘I am done!’ I hope we can make a fight when I get past Wallin. But Fury is a difficult guy to plan. I haven’t heard a word from him about making a fight.”