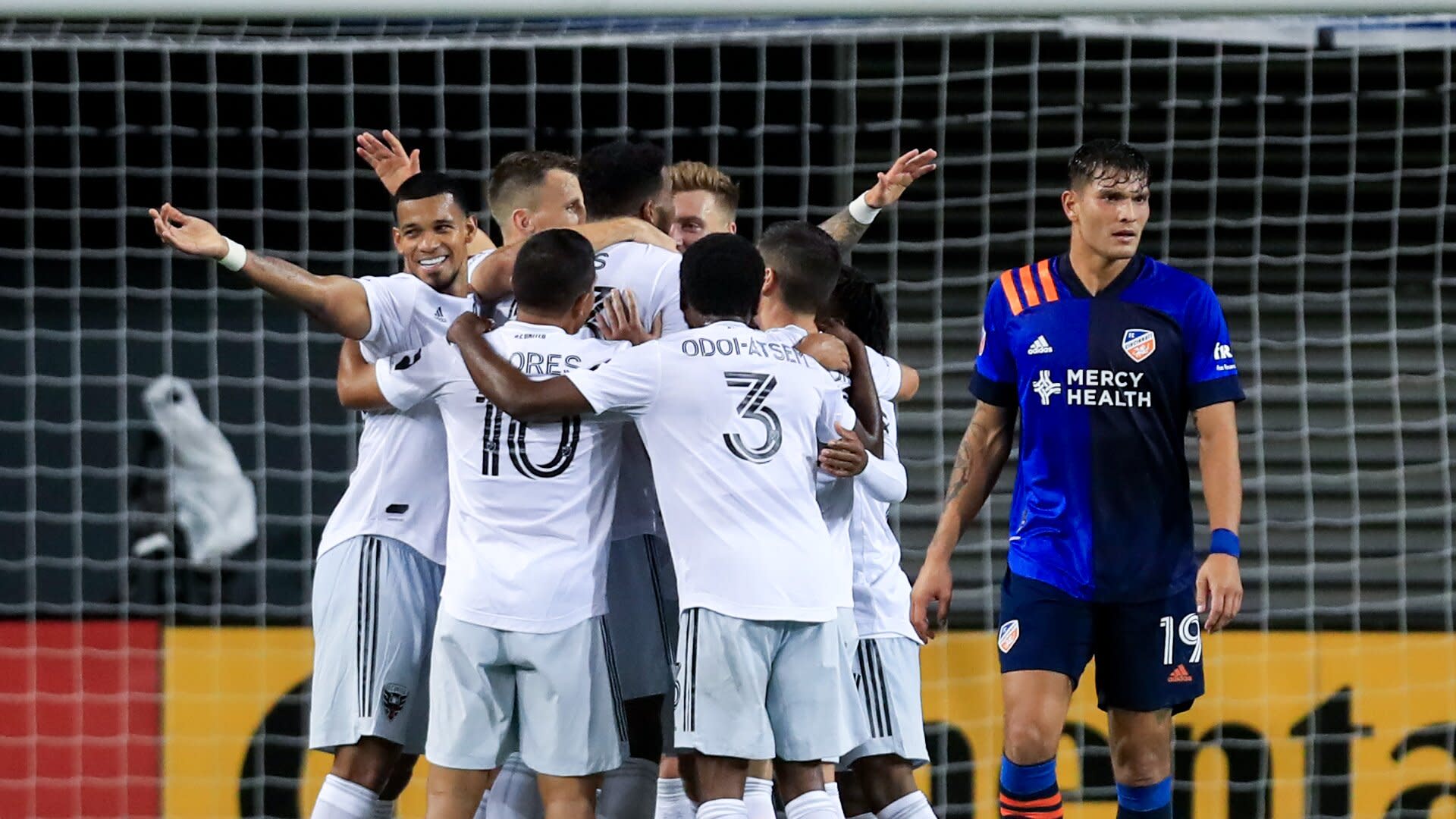 Lost in the shuffle of a football Sunday might have been one of the most bizarre goals you’ll ever see during DC United’s win over FC Cincinnati.

As Yamil Asad overshot a cross off a set piece Sunday night, Cincinnati goalkeeper Bobby Edwards went to secure the ball before it went out of bounds. The only problem was, the ball was going out no matter what he did.

But Edwards went up to catch it anyway and then fumbled it back in play, directly to the foot of DC’s Donovan Pines. He took care of the rest.

The goal ended up being the difference Sunday night, as DC United took home the victory by a score of 2-1. So Edwards probably cost his team a game and will be a good Not Top 10 candidate this week.

It’s likely safe to say he didn’t get a good night’s sleep Sunday night, and who could blame him?