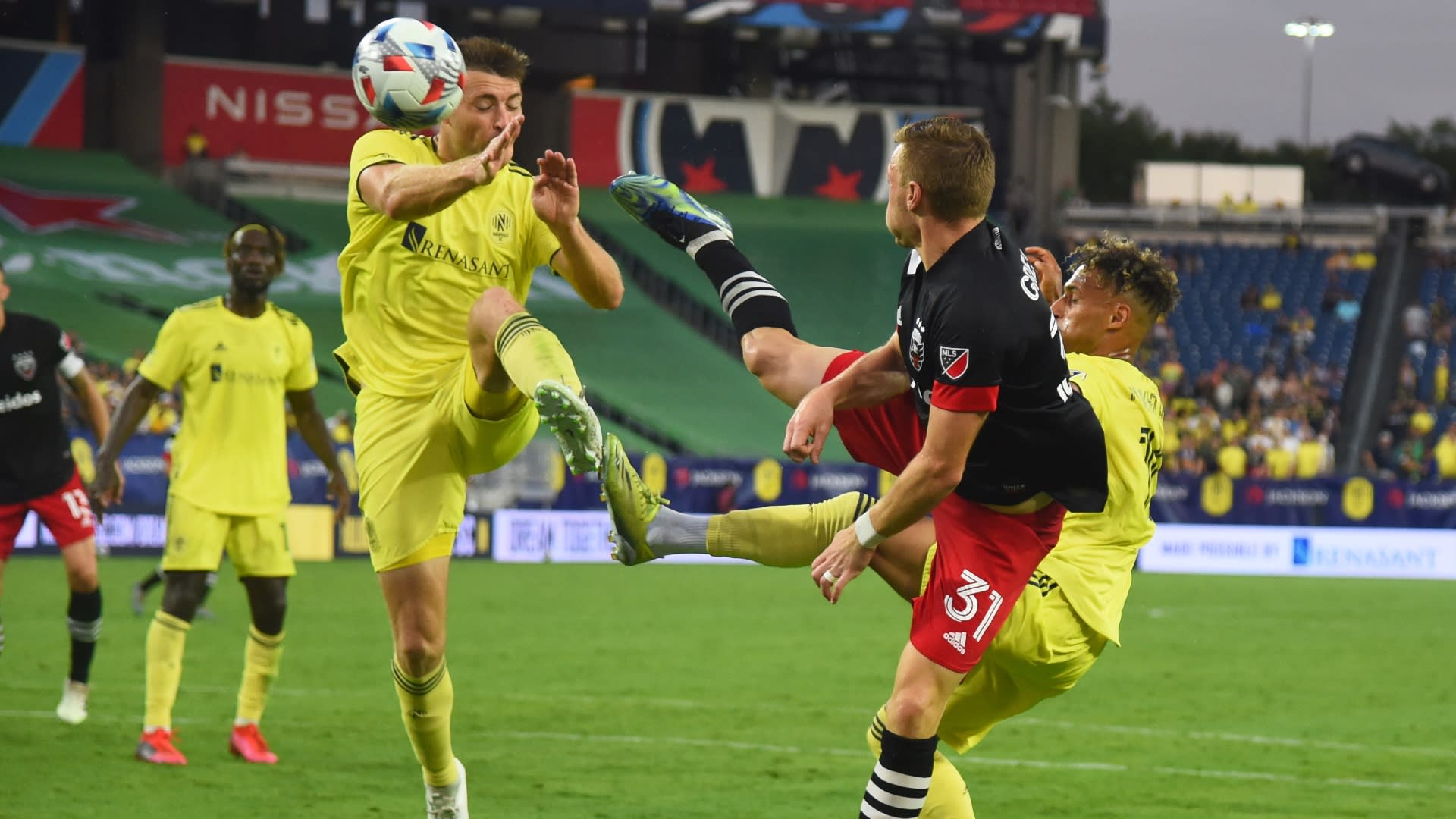 When D.C. United wing back Julian Gressel spoke to media following the Black-and-Red’s first loss in their last six matches, he had the perfect Ted Lasso quote in his back pocket.

“What would Ted Lasso say?” Gressel said after D.C. United’s disappointing 5-2 loss in Nashville on Sunday night. “We’ve got to be a goldfish at this point, trying to forget this one quickly, move on. We’ve got to have the belief to go to New England and get points.”

Frédéric Brillant’s third-minute header off the corner preceded three Nashville goals. Ola Kamara scored four minutes before the half before two more Nashville goals in the second half sealed the most conceded in Hernan Losada’s first year as head coach.

With the smash-hit Apple TV series about halfway through its second season, Gressel’s reference came from the second episode in its first season when Lasso pulled one of his better players, Sam Obisanya, aside after making a mistake in training to give him some advice.

«Do you know what the happiest animal in the world is?» Lasso asked. «It’s a goldfish. You know why? It’s got a 10-second memory. Be a goldfish, Sam.»

Gressel, who’s been vitally important to D.C. United with the club’s most appearances (19) and assists (6) this season, was spot on with that reference.

D.C. United will most certainly need a short-term memory when it plays the team with the most points in MLS on Wednesday. United travels to Gillette Stadium to play the New England Revolution. Let’s see if they take Ted Lasso’s advice.