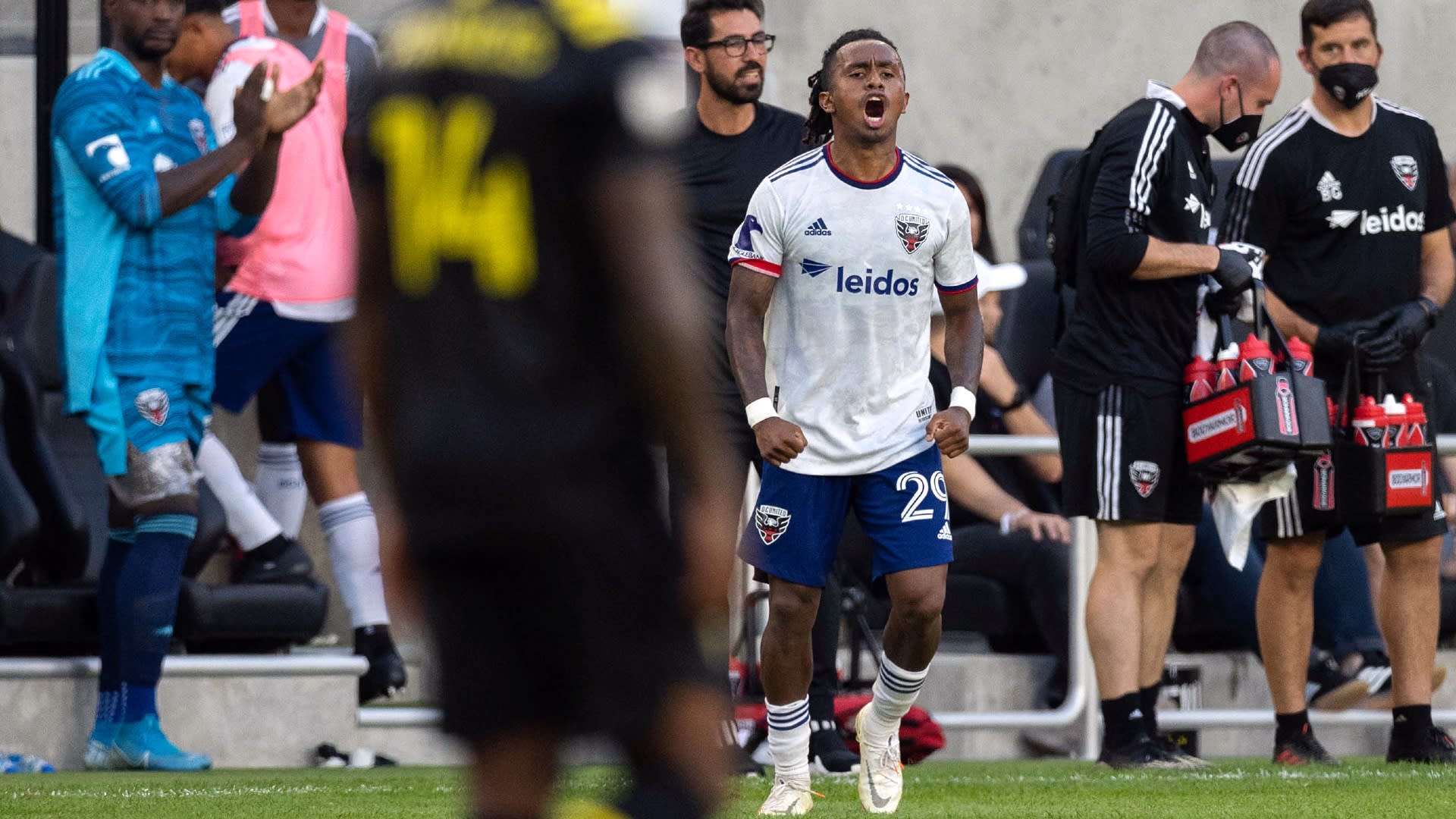 After Columbus had gotten back into the game and with D.C. United reeling to hold onto a 3-2 lead for the final 15 minutes of Wednesday night’s match, Yordy Reyna doubled the Crew’s score along with his own personal tally with one lovely curling effort with the left foot into the bottom right corner to finalize United’s 4-2 win.

The goal was so nice new minority owner and ex-Ravens running back Mark Ingram Jr. tweeted his jubilation at the highlight.

You know you’ve done well when the owner is happy online, so Reyna can take pride in the fact that his shooting touch finally came to fruition with Ingram watching. Ingram, now with the Texans after Baltimore waived him after two seasons, invested in a minority stake of the second-most successful MLS franchise back in early June.

Reyna had not scored in 11 appearances, eight of them coming off the bench, for D.C. United coming into their midweek bout, but a first-half glancing header in the first half followed by his direct dribbling and clinical finishing showed manager Hernan Losada has some great potential in the 27-year-old Peruvian.

Ola Kamara added a brace himself, including a penalty in first-half stoppage time to make it 3-0, as the Black and Reds secured another valuable three points on the road.