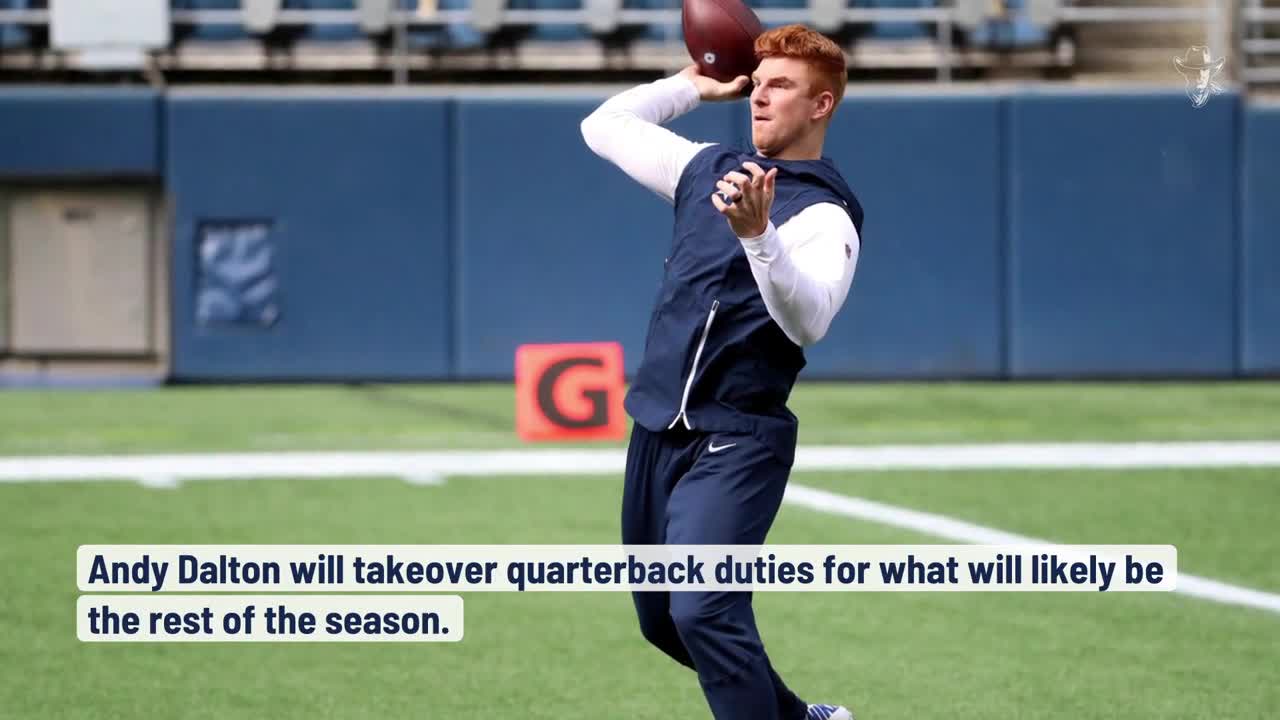 The Cowboys season was already not going very well and it likely just ended after quarterback Dak Prescott seemingly broke something in his leg after a quarterback draw in the third quarter. Prescott immediately called out for help a wide receiver Michael Gallup threw his hands on his head, obviously horrified by the injury which had the Cowboys leader’s foot pointing in the wrong direction. Andy Dalton will takeover quarterback duties for what will likely be the rest of the season