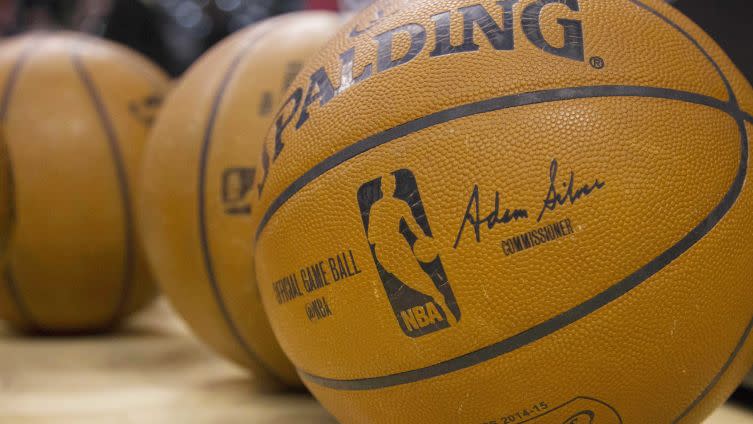 It’s been refreshing to see the reaction to news that Avery Bradley opting out of the NBA restart. Yes, there were some Lakers fans on social media that stomped their feet but most sane observers processed that Bradley had family concerns and immediately empathized.

Bradley’s decision helped spotlight just how much of a sacrifice players are making by venturing into the bubble. Some like to scream that NBA players make too much money to ponder sitting out the restart of the 2019-20 season but this is one of the more unique situations a player will encounter.

Especially those players with families.

Consider this: All 22 NBA teams are expected be on the Orlando campus no later than July 11. Families and friends will not be permitted to enter the bubble until after the first round of playoffs, which could go as late as August 30. That’s at least a 50-day span in which the only people players will see are the rest of their NBA brethren and Disney workers.

The NBA’s safety memo noted that teams would then be allowed to secure up to 17 hotel rooms – one for each potential roster player – to bring in guests as the total number of people inside the bubble decreases as eliminated teams depart. Even then, some players won’t have the ability to bring family members to Orlando.

Take, for instance, someone like Gordon Hayward, whose wife, Robyn, is expected to give birth in September to the family’s fourth child.

Hayward, according to the safety plan, can depart the bubble with permission but would still be subjected to a four-day quarantine upon return. If he were to simply stay in Orlando and the Celtics made the NBA Finals, it’s possible that Hayward would not see his family again until mid-October. It’s an extreme example but, again, spotlights the separation possibility.

Players from Finals teams will spend as many as 99 days in the bubble. For a general idea of that length, consider it’s roughly the same span of time from the NBA’s shutdown in March until the start of this week.

For rookies, or players without families like Celtics big man Enes Kanter, maybe the bubble isn’t quite as daunting. But it’s still a unique situation. One that will test the patience of players used to their freedoms. And, for some like Bradley, the prize is not worth the quest.

Kanter admits he’s bored simply quarantining in his Boston-area apartment, both initially when the season shut down and now as the Celtics start to ramp back up with individual workouts. Player have been advised to limit outside exposure and, starting Tuesday, are being regularly tested for coronavirus to ensure everyone’s health before entering the bubble.

Kanter likes to joke about how he’s invited Uber Eats drivers to share his meals just to have someone to talk to. And he knows it won’t get too much easier once players are locked inside the Disney bubble, even if he’ll have his teammates nearby.

Kanter wonders just how much time he’ll spend cooped up in his hotel room. He wonders if players will even be able to access the hotel pool in Orlando during their downtime.

«That’s the part where players are like, ‘I don’t know if we can do this,'» said Kanter. «The games are fun but now it’s like summer is coming, it’s hot outside. You see all your friends and their Instagram pictures, they’re by the pool, by the beach, they’re hanging out and stuff, on vacation. I understand like, man, what am I going to do in my hotel rom for two months, two and a half months? What am I going to do, try to play golf all day? PlayStation all day?

You look at it, it’s a huge sacrifice for players. Because they’re literally putting their lives on the line to try to compete.

Shortly after his mother passed away in 2013, Bradley welcomed his first son, Avery Bradley III. The player’s face would light up whenever he was asked about being a new dad and the young son that the family calls Liam. He’s long prioritized being a father and now, nearly seven years later, he’s proving it by putting his young son’s well-being ahead of chasing a trophy with LeBron James.

Think, too, of the team staff members, who might not even get to invite families to Orlando.

The Athletic reported Wednesday that Celtics coach Brad Stevens has been one of the more vocal proponents for the NBA allowing those families inside the bubble. That won’t come as a surprise to anyone around the organization, where Stevens routinely advocates for family time and the inclusions of family members in team activities.

It’s lazy to point to NBA salaries and suggest that players shouldn’t complain about these unique circumstances. Yes, this is far from the only line of work where loved ones are separated for painfully long stretches.

But being apart is absolutely part of the equation as players ponder the bubble. There are already concerns about their safety, both as COVID-19 numbers spike in Florida and with the quick ramp to a restart that could increase the likelihood of on-court injury.

Bradley made what was undoubtedly a difficult decision. He’s pledged to use his free time to aid his coalition’s call for social justice. There are undoubtedly others who are balancing many of the same concerns and questions. Bradley made it a little easier for others to ponder whether they want to enter the bubble.

Let’s hope the response to any other opt-outs is as measured as this one. There are no right or wrong answers given the uniqueness of the situation. And choosing family over basketball should be a perfectly acceptable decision.