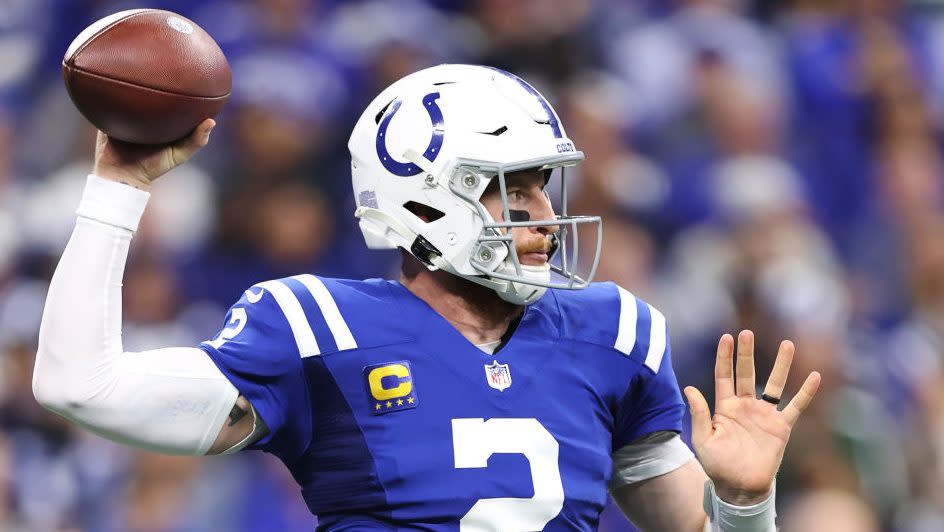 The Colts ended their 45-30 win over the Jets on Thursday night with a kneeldown, which is no surprise. But the fact that starting quarterback Carson Wentz took that kneeldown was great news for the Eagles.

If the Colts wanted to prioritize protecting their first-round pick, an easy way to do it would be to take Wentz out of games that have already been decided. But that’s not what they’re doing. Wentz played 100 percent of the Colts’ offensive snaps on Thursday night, even though the game was never really in doubt in the second half. Wentz also played 100 percent of the Colts’ offensive snap in their 31-3 win over the Texans.

Through nine games, Wentz has played more than 99 percent of the Colts’ offensive snaps. It’s still possible that a Wentz injury could prevent the Colts from sending their first-round pick to the Eagles, but at this point the worst-case scenario for the Colts might be an injury that would force Wentz to miss the last few games of the season: That could be enough to kill any remaining hopes of making the playoffs, but not enough to drop Wentz below the 75 percent threshold.

For the Eagles, seeing Wentz play every snap is great news. Philadelphia also has its own first-round pick as well as Miami’s and is poised to be in great shape on draft day.