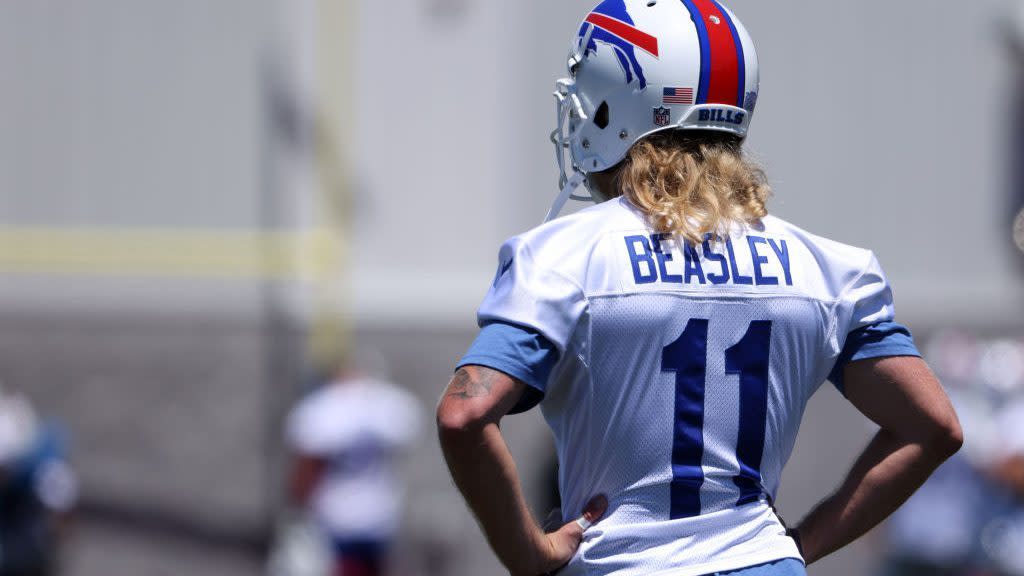 Bills receiver Cole Beasley, the NFL player who has become the most vocal when it comes to anti-vaccination concerns and conspiracy theories, was at it again today on Twitter. At one point, he essentially dared the Bills to cut him.

In response to a tweet suggesting that the Bills would be wise to dump Beasley, the 32-year-old wideout said this: “Yea cutting arguable [sic] the best slot in the league is wise. Especially when the slot is such a significant role in this offense.”

Well, maybe it becomes wise if the organization decides that it doesn’t want in the locker room the kind of divisiveness that Beasley seems to be determined to embrace. Also on Friday, Beasley engaged in a Twitter exchange with defensive end Jerry Hughes, who has made his pro-vaccine stance clear.

Beasley also has suggested that the number of American deaths from the pandemic is “likely overcounted,” and that “there are are a ton of players who are with me but can’t speak out because of their situation within the organization.”

One teammate who isn’t with Beasley is receiver Emmanuel Sanders. Via Bradley Gelber of USA Today, Sanders has tweeted a photo of his vaccination card (first dose today), with this message: “Accountability. Availability. Don’t have time to deal with no bs during the season.”

If Beasley is right regarding teammates who agree with him but can’t speak out, here’s the reality: speaking or not speaking won’t matter when it’s time to make cuts. Players who aren’t deemed to be indispensable to the effort and who aren’t vaccinated will be at risk of being cut. Beasley is at more risk of being cut than he seems to realize, especially with Beasley continuing to make himself into a distraction and with Sanders on the team.

Then again, Beasley quite possibly wants to be cut. Then, he’d become a martyr and even more of a hero of the anti-vaccine movement.