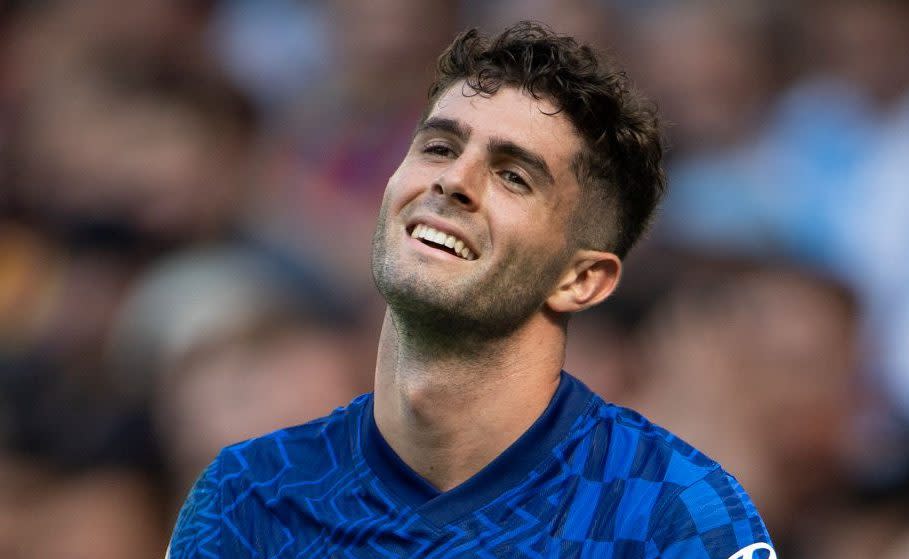 How will the USMNT fare against Mexico and Jamaica without Christian Pulisic in World Cup qualifiers next month?

Maybe we won’t have to find out.

The Blues had their American winger back in training late last week, bringing fresh hope that Pulisic will see his first club action since late August and first USMNT time since September.

Chelsea boss Thomas Tuchel had said the 23-year-old Pulisic was having trouble getting past a certain part in his rehabilitation thanks to a particular sticking point with pain and this is a terrific sign that he might’ve hit the tipping point.

In an initial update on Friday, Tuchel offered a more concrete (and positive) timeline for Pulisic’s return:

“Christian Pulisic did join the last two training sessions but it’s early given the time he missed.”

“Christian is looking forward to the Burnley match [next Saturday, Nov. 6]. If everything goes right, he should be in the squad then and ready to play.”

A further positive update has arrived, as Goal.com’s Nizaar Kinsella first reported that Chelsea have taken Pulisic to Sweden for their UEFA Champions League clash against Malmo on Tuesday, November 2.

Tuchel then confirmed that Pulisic is fit and will be in the squad.

“The good news is that Christian Pulisic is back and he is back in the squad for tomorrow,” Tuchel said.

That is mostly due to Romelu Lukaku, Mason Mount and Timo Werner all being out injured, so Pulisic could play a few minutes in Sweden and then do the same against Burnley at the weekend.

His national team needs this progress because fellow string-puller Giovanni Reyna is unlikely to be ready for November and Chelsea welcomes this news because Lukaku and Werner are also out and heaping big minutes on a lower number of forwards.

What’s it mean playing time-wise and when? Read on…

What does this mean for the USMNT and Chelsea?

Christian Pulisic is a difference-maker when healthy, even in limited use.

The United States still has two weeks until their next qualifier and Pulisic’s return to training could line him up for Chelsea minutes soon.

The Blues will slowly work him back into the lineup, though it sounds like he’s been able to work on other forms of fitness and there should be plenty of lower-risk chances with Malmo and Burnley on the docket before the international break.

We’re not saying Pulisic will be ready or even sanction (by Chelsea) for 180 USMNT minutes in one week, but it’s not crazy to think he could appear in both qualifiers and maybe even get bigger minutes in one if he responds well to training and gets a sub appearance or two for the Blues along the way.