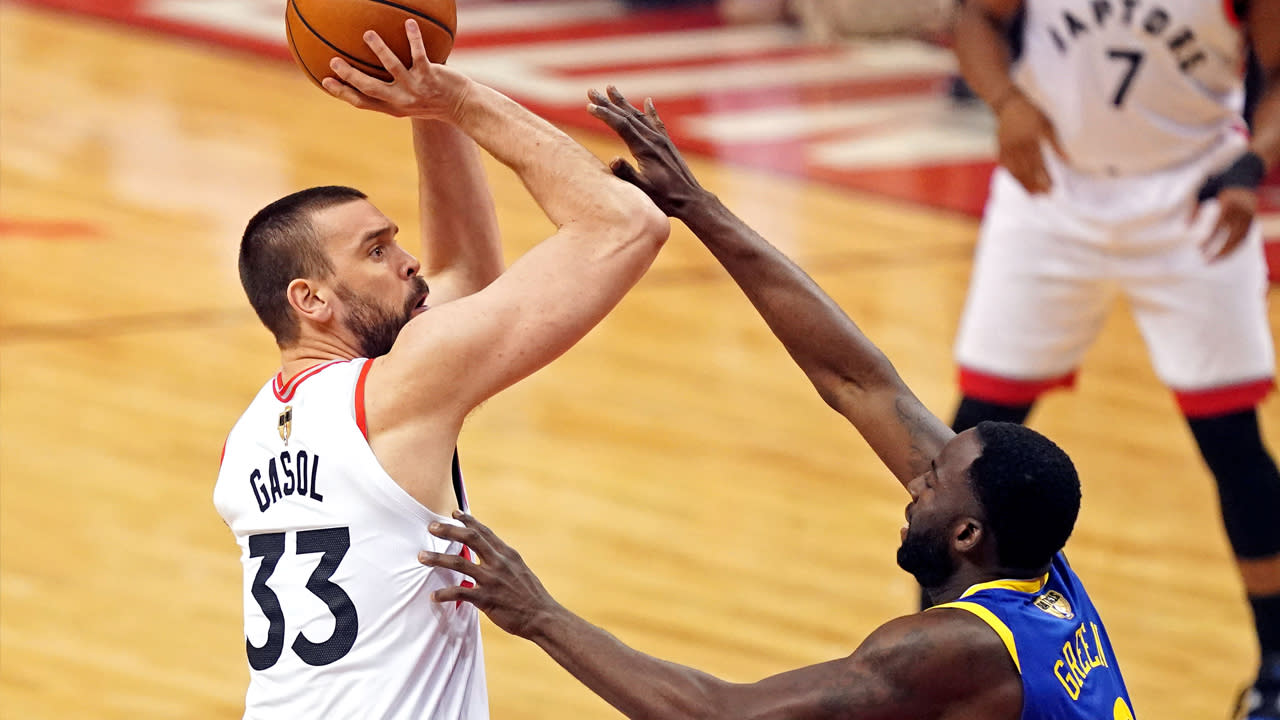 The Warriors front office knows that it needs to address the center position this offseason.

That’s why the team has been linked to James Wiseman, one of the top prospects in the 2020 NBA Draft.

But if general manager and president of basketball operations Bob Myers decides not to take Wiseman with the No. 2 overall draft pick or trade down to take a wing, then he needs to try to bring in a veteran big when free agency starts next Friday.

While the Warriors could get by with Marquese Chriss, Kevon Looney and Draymond Green splitting minutes at the five, none of them true centers. Chriss and Looney stand at 6-foot-9, while Green is 6-foot-6. Eventually, they’re going to need a 7-footer down low.

Former Warriors icon Chris Mullin, who is an NBC Sports Bay Area analyst, joined the latest episode of the «Dubs Talk» podcast, and was asked by Grant Liffmann if the team currently has enough frontcourt help on the roster or if they need to add someone.

«I think ideally, you’d like a seasoned veteran,» Mullin said. «Even if he played limited minutes during the regular season and you got him ready towards the last 30 games or so, I don’t know, Marc Gasol or someone like that, that you really could depend on in the playoffs.»

As Liffmann wrote on Sept. 12, the Warriors shouldn’t be scared by Gasol’s poor showing in the NBA bubble in Orlando, Fla. If they can sign the soon-to-be 36-year-old for the taxpayer mid-level exception, that would be a great addition.

During the Warriors’ run of five straight NBA Finals appearances, they were able to win games with centers that played a complementary role. Andrew Bogut, Zaza Pachulia and JaVale McGee won rings with the Warriors in 2015, 2017 and/or 2018.

«Again, the Warriors have had tremendous success using that center position by committee and not necessarily being the main focus, but being a very important piece,» Mullin said.

While Mullin wants the Warriors to sign a veteran center, he has been impressed with one of the players already on the roster.

«I like Marquese Chriss,» Mullin said. «I think his passing ability fits what they do. And he’s a young kid. Last year was the most he’s played. He’s really just trying to find his confidence and find what his game is all about. I thought he did a good job for them.»

The Warriors’ questions at the center position should be answered in the next 10-14 days with the NBA draft coming up on Wednesday and free agency opening next Friday.

If the chips fall correctly, the Warriors could end up with Wiseman and Gasol, with the rookie learning valuable lessons from NBA champion and three time NBA All-Star.