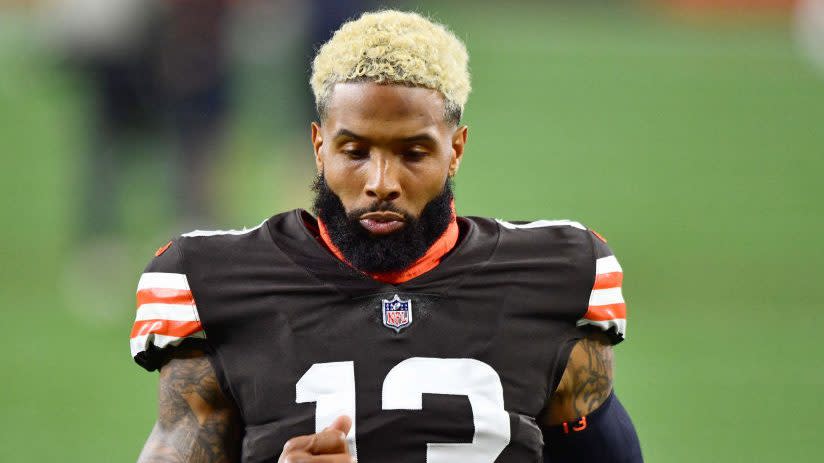 The prevailing chatter is pointing to the Chiefs as the place where Beckham will land.

It’s not done until he signs, obviously. And since we first caught wind of the Chiefs as the leaders for Beckham’s services, NFL Media reported that he may take a few days to make a final decision.

In Kansas City, Beckham would be second fiddle at best behind Tyreek Hill, third if Travis Kelce is counted in that mix. But with Patrick Mahomes as the quarterback, Beckham could get both favorable matchups and plenty of targets.

Beckham eventually has to make a decision based on the factors that are important to him. From number of touches to the amount of money to the quality of quarterback to an opportunity to chase a title to the ability to lay the foundation for a free-agency payday in March, only Beckham can decide how to prioritize the factors and make a decision.

Again, it’s not done until it’s done. And if/when the notion that the Chiefs are the favorite takes root, maybe someone else will make a more serious run at securing his services.

The teams currently to watch include the Chiefs, Patriots. Saints, Seahawks, and Packers. The longer this takes, the less likely he’ll be playing for his new team on Sunday.

The Chiefs face the Raiders on Sunday night, the Seahawks and Packers play in Green Bay, the Saints visit the Titans, and the Patriots host, yes, the Browns.