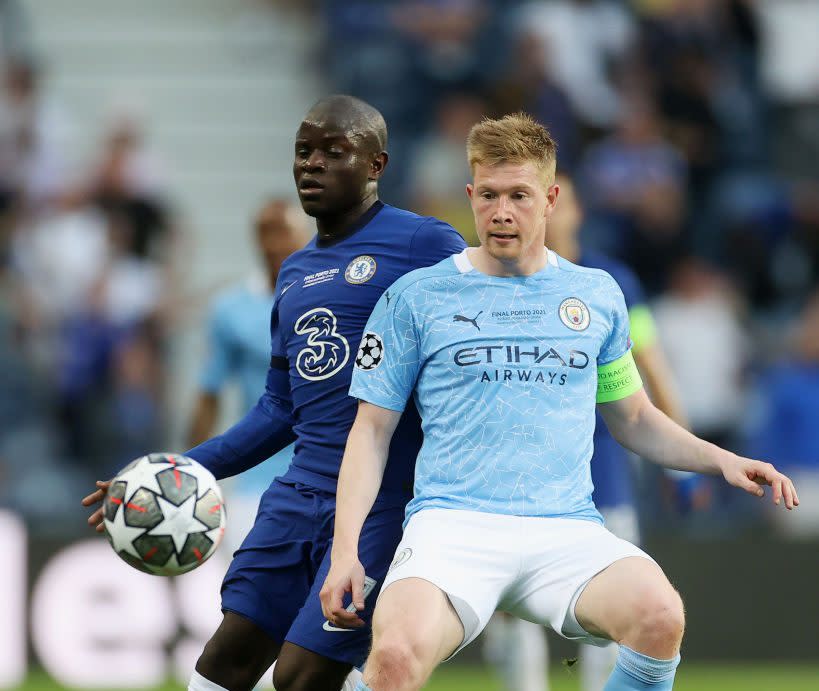 Chelsea vs Manchester City is the marquee game in the Premier League, and the soccer world, this weekend (Watch live, Saturday, 7:30am ET on NBCSN and online via NBCSports.com) as the two title favorites collide.

Pep Guardiola and Thomas Tuchel have had some intriguing tactical battle, not just over the last few months but over many years. Tuchel has had Guardiola’s number recently, as Chelsea beat Manchester City in the UEFA Champions League final in May.

Chelsea have started this season on fire, while Manchester City have been a little up and down as their failure to sign a new star central striker to replace Sergio Aguero is a little concerning.

Focusing on this game: with Kevin de Bruyne against N’Golo Kante, Ruben Dias against Romelu Lukaku and Jack Grealish against Cesar Azpilicueta just a few of the battles to keep an eye, everything is set up for it to be one of the games of the season. If not the game of the season.

Here’s the key info ahead of Chelsea vs Manchester City this weekend, including team news, the latest odds, our score prediction and how to watch this monster clash.

Hello from west London! This is an epic game and Manchester City have plenty of their stars back fit, and starting, while Chelsea have gone with what looks like a 3-5-2 formation as Werner partners Lukaku up top.

The atmosphere is crackling away here. This clash between the two title favorites is lined up to be an absolute beauty.

The big injury concern for Chelsea heading into this game was goalkeeper Edouard Mendy. He injured himself against Zenit in the UEFA Champions League and missed the wins against Tottenham and Aston Villa, as Kepa came in and did very well as his back-up. However, Mendy is fit and starts. Thomas Tuchel confirmed to ProSoccerTalk that Christian Pulisic is progressing well after his recent ankle injury. He last played for Chelsea in late August, but he will not make the bench this Saturday. Mason Mount is out after a small knock, as Timo Werner comes in for him and N’Golo Kante and Reece James are in the starting lineup.

Guardiola has had some big defensive injuries but John Stones is on the bench and Aymeric Laporte starts. Benjamin Mendy is suspended, but Rodri, Kevin de Bruyne and Phil Foden all start. Oleksandr Zinchenko and Ilkay Gundogan are out.

This is such a tight game to call and I can see it ending in a draw in an intense physical and tactical battle. For many Chelsea are the favorites to prevail, but never write off Man City under Pep Guardiola. I’m going to sit firmly on the fence. Chelsea 1-1 Manchester City.