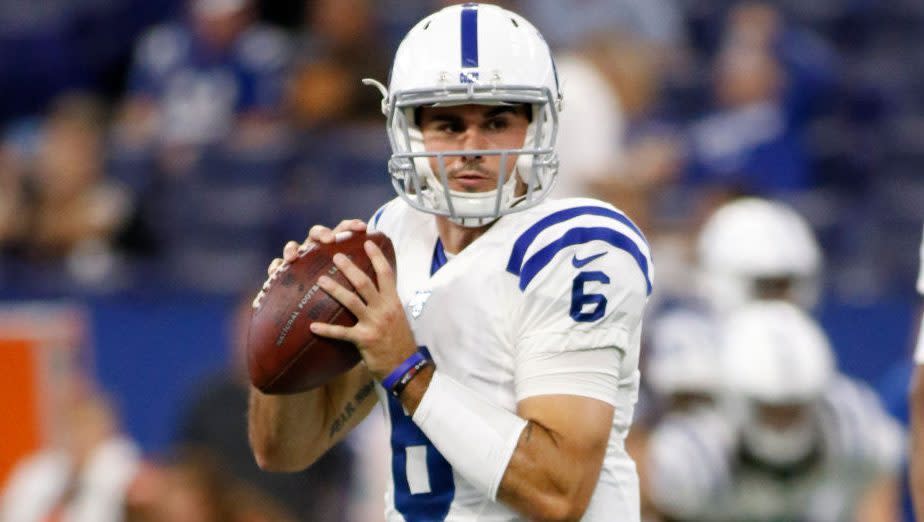 Chad Kelly is a fourth-string quarterback on the Colts, but he claims to be a first-rate runner.

Kelly wrote on Twitter that he’s the second-fastest quarterback in the NFL, second only to Ravens quarterback Lamar Jackson.

“Beside [Jackson], I’m faster than every quarterback in the NFL, race me,” Kelly wrote on Twitter.

Kelly was an effective runner in college, carrying 203 times for 958 yards and 16 touchdowns. But he wasn’t invited to the Scouting Combine in 2017 because he was arrested for a bar fight in college, and he didn’t run the 40 at his Pro Day because he was nursing knee and wrist injuries. So we don’t know just how fast he is.

But if Kelly is really as fast as he says he is, perhaps he should consider changing positions. Through three seasons in the NFL he has appeared in only one game, and then only to kneel down in garbage time. This year he’s unlikely to make the roster on a team that has Philip Rivers starting, Jacoby Brissett backing him up and fourth-round pick Jacob Eason likely to make the team as the third-stringer. Maybe Kelly has a future as a wide receiver.