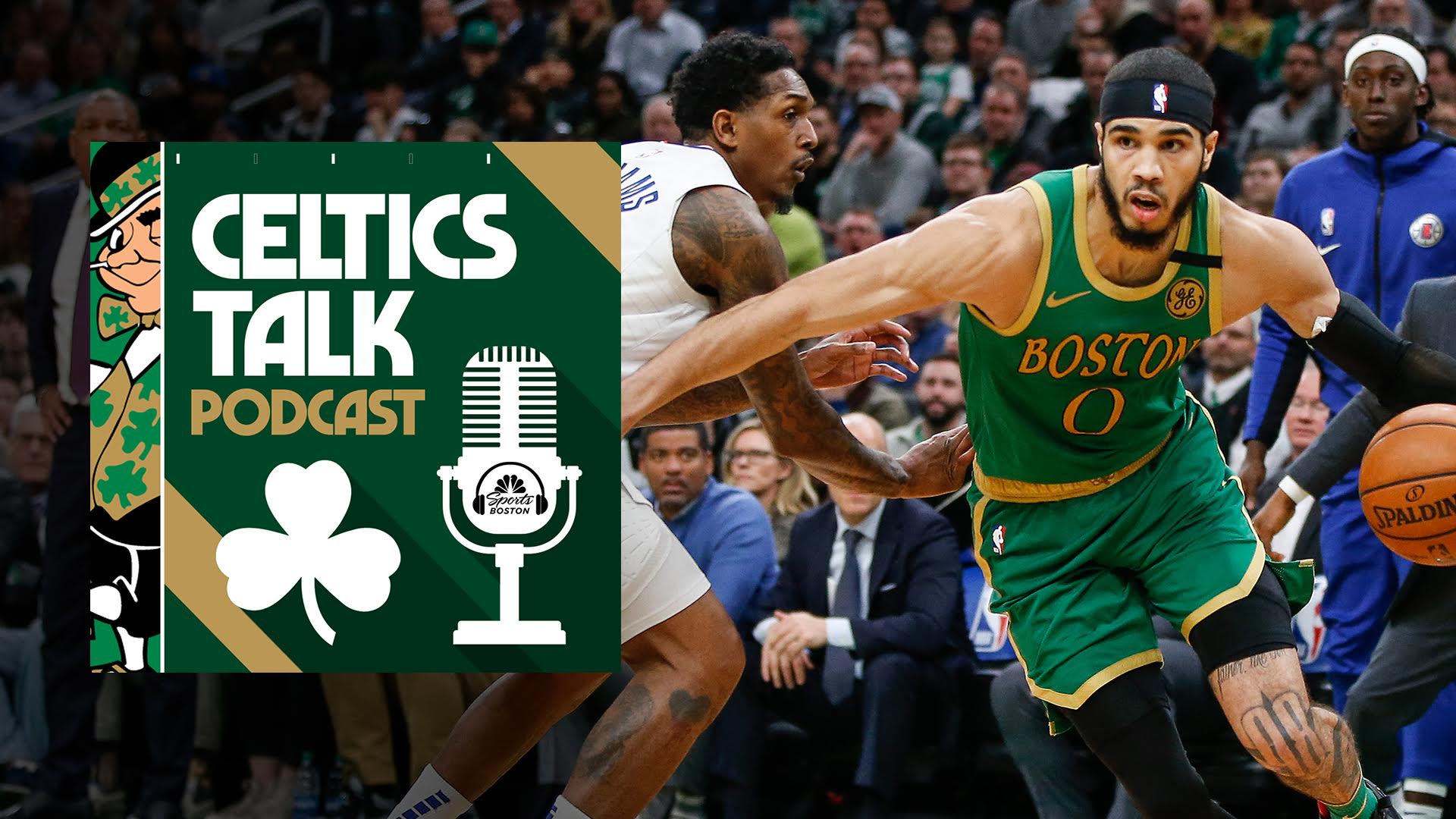 About one month before the 2020 NBA season was halted due to COVID-19, Jayson Tatum made the leap to superstardom.

Tatum put on a show on a national stage when he and the Boston Celtics took on the Los Angeles Clippers on Feb. 13. The 22-year-old dropped a game-high 39 points in the C’s 141-133 victory.

That double-overtime thriller was the exclamation point on what has been a sensational season for Tatum, and he isn’t done yet. He’ll look to propel the Celtics to and through the postseason when the NBA season resumes next week.

On the latest episode of the Celtics Talk Podcast, ESPN’s Ohm Youngmisuk chatted with Kyle Draper and Chris Forsberg about Tatum not being a guy the Clippers want to see again, and whether the C’s have a shot at a title.

«That team is deep … It would be an incredible series if the Clippers and Celtics were to meet in the NBA Finals. I think a lot of people tend to sleep on the Celtics because everybody’s talking about the Milwaukee Bucks. But I think the Celtics are a really good team and a dangerous team.»

It goes without saying C’s-Clippers would be one of the best possible matchups for this year’s Finals. After what Tatum showed us in February, how could you not be left wanting more?

Also discussed on the latest episode of the Celtics Talk Podcast were whether the C’s can translate their great practices into play, how important the No. 2 seed is to Boston, how the Celtics stack up against the Clippers, and much more.

Check out the latest episode of the Celtics Talk Podcast on your favorite podcast app or watch it on YouTube below.