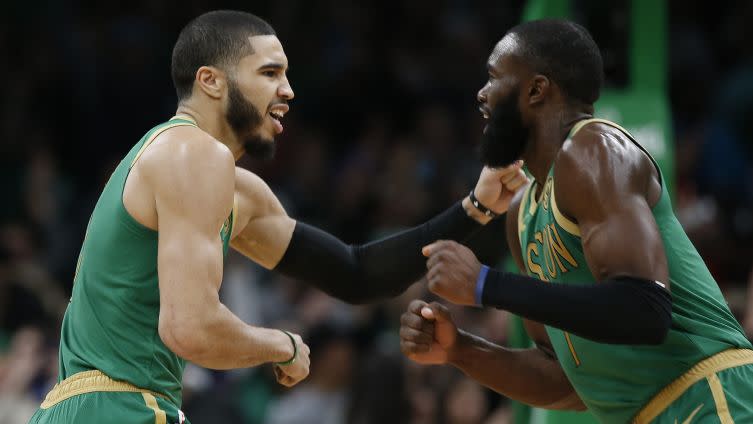 The NBA is set to resume next month in Orlando, where 22 teams will gather to finish the 2019-20 season and crown a champion.

Designing one central location where the league could stage games and house the players to ensure the safest environment possible amid the COVID-19 pandemic was not an easy process.

Chris Paul gives Jayson Tatum another shout out for his involvement in the return process. Celtics fans continue to erect statues in his name. https://t.co/7gJxnzx8eD

The Celtics are one of 22 teams traveling to Walt Disney World Resort in Florida to play eight more regular season games (also known as «seeding games») and a normal four-round playoffs.

The remaining regular season schedule for the C’s and the other teams will be announced Friday night at 7 p.m. ET.