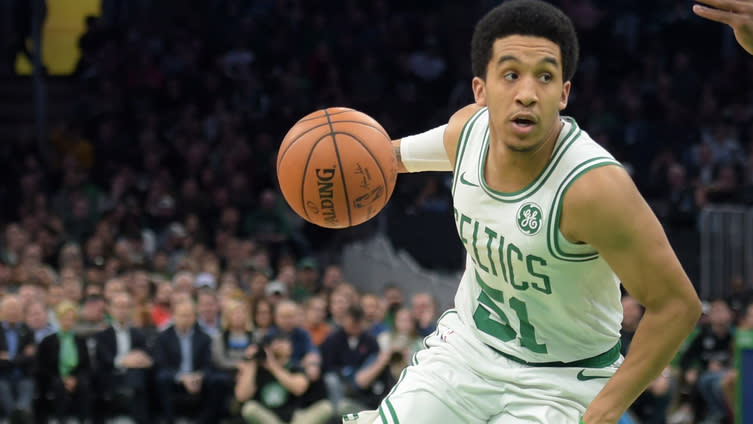 «Tremont has a concussion from three or four days ago, so he’s at the latter stages of concussion protocol with his stuff, but he hasn’t been cleared,» Stevens told reporters on a Zoom call.

#NEBHInjuryReport Brad Stevens says that Tremont Waters suffered a concussion a few days ago and currently is in concussion protocol.

Waters, a second-round pick in the 2019 NBA Draft, signed a two-way contract with the C’s last summer and was sensational for the Maine Red Claws. The 22-year-old averaged 18 points, 7.3 assists and 1.9 steals per game while earning the G League Rookie of the Year award and finishing third in the MVP race.

Waters isn’t the only Celtics guard recovering from injury, as Kemba Walker continues to recover from a bothersome left knee.

The C’s season restart is set to begin July 31 vs. the Milwaukee Bucks.