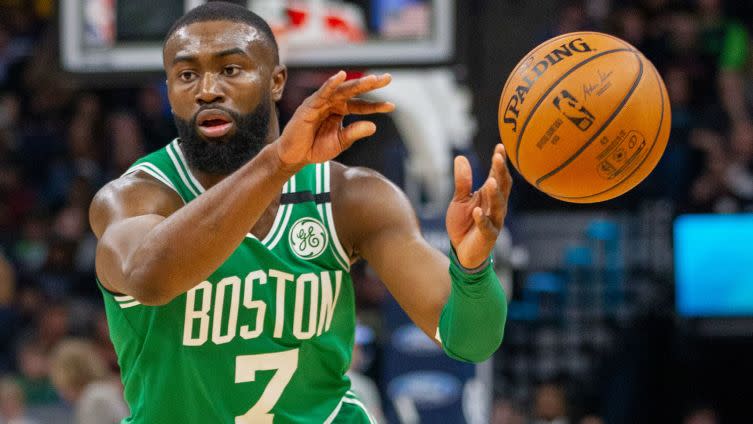 Boston Celtics forward Jaylen Brown said he deactivated his Instagram account this week in order to enhance his focus while he develops a new routine inside the NBA bubble.

«It was an interesting experience [entering the bubble],» said Brown. «I’m not going to do too much complaining, or do any complaining at all, to be honest. I come from humble beginnings just like everybody else. It’s not exactly what we’re accustomed to, but it’s fine.

«For me, I’m just trying to find a routine to just pass the time. I’m not trying to be on social media. I deactivated my Instagram account, not because I feel like it is a distraction. But until I get a routine, I want to not pick up bad habits and things like that.»

Brown said he wants to maximize what he’s able to do inside the bubble, particularly beyond the basketball court.

«I feel like we’re down here with a purpose,» said Brown. «I want to educate myself. Spend time doing research, spend time talking to my teammates or other people in the NBA trying to figure out how we can all come together and use our time to divert our attention to things outside of basketball. While we’re down here, we got nothing but time. So I’m trying to make myself available to any players that are around and might have questions or anything they want to build off of, and also my teammates as well. So we can figure out ways to put our heads together and be a part of change.»

Celtics players have spent the past two days quarantined in their hotel rooms while waiting to be cleared to begin full-team practices. They got on the floor Friday afternoon inside a Disney convention center equipped with two full-sized courts and a weight room.

Brown compared Friday’s session to the first day of training camp and said the Celtics «had a lot of guys with a lot of great energy, a lot of the young guys had a lot of high energy, so I think we’re ready.»

Added Brown: «We’re looking forward to getting things started, getting things going. Like I said, we’re on a mission, all of us here. We understand we don’t want to do too much complaining about other stuff. We want to focus on what we can control and divert most of our energy to while we’re here. Being on this team has been great. I think we’re all excited as to what the future entails.»