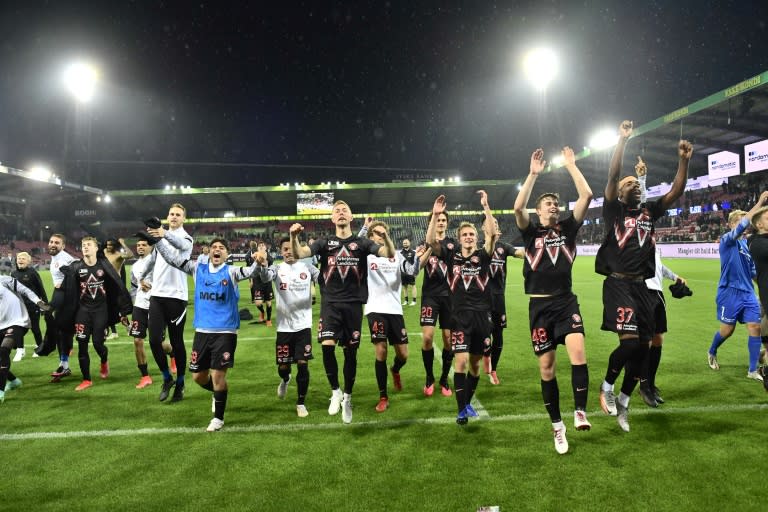 Celtic failed in their latest Champions League campaign Wednesday, going down 2-1 after extra-time at Denmark’s Midtjylland as the Scots crashed out in the second round of qualifying 3-2 on aggregate.

Celtic, the first British club ever to be crowned European champions in 1967, getting in a year ahead of Manchester United, had only themselves to blame as they squandered the lead to drop into the far less lucrative Europa League, where they will now take on Czech side Jablonec.

Callum McGregor fired in a scorcher to give them hope, volleying home following a corner to put Celtic ahead three minutes after half-time.

James Forrest should then have all but killed the tie, only to fluff a gilt-edged chance for the visitors just after coming on.

The Glaswegians, under their new Australian coach Ange Postecoglou, lived to regret that as Midtjylland drew level just after the hour as Awer Mabil, with 17 Australia caps to his credit, headed beyond keeper Scott Bain.

Celtic promptly fell behind on the night and on aggregate four minutes into the first period of extra-time, Raphael Onyedika firing home from close range amid confusion in the Celtic defence after a freekick routine.

The Danes now go on to face experienced Dutch outfit PSV Eindhoven, who won 2-1 away at Turkey’s Galatasaray for a 7-2 aggregate success, in the third qualifying round.

In other games, Sparta Prague came from 2-1 down in the away leg to oust Rapid Vienna with a 2-0 home return and 1991 European champions Red Star Belgrade thrashed the Kazakhs of Kairat 5-0 to advance 6-2.

Elsewhere, Greek side Olympiakos won 1-0 at Neftchi Baku of Azerbaijan to complete a 2-0 victory.

Moldova’s Sheriff Tiraspol saw off Armenia’s Alashkert 3-1 to advance 4-1 overall and Romania’s Cluj were too strong for Gibraltar’s Lincoln Red Imps, who succumbed 2-0 on the night and 4-1 on aggregate.

Bulgaria’s Ludogorets put out NS Mura of Slovenia 3-1 on the night and on aggregate while Swiss side Young Boys Berne edged Slovakia’s Slovan Bratislava 3-2 on Wednesday after the first game ended goalless.